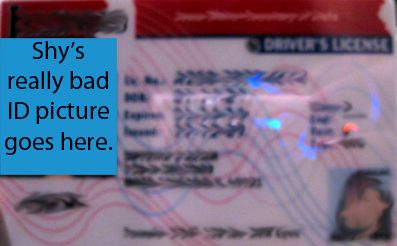 I hate all my ID pictures.

Seriously, I’ve never had a good one, whether it was for school, work, driver’s license, or passport (I can hear already my family laughing at the mention of this, since my horrendous passport picture has already managed to have airport security in countless countries do triple-takes at me and remark how much weight I’ve lost, even though I haven’t, etc. etc….it’s not fun).

So, a few weeks ago, I needed to get my driver’s license renewed and was thinking, OK — this time I’m going to really try and actually take my time getting ready. I get there…and it was closed. Of course it would be, because I GOT READY FOR IT.

The next day, I was passing by the DMV again decided to try again, this time totally unprepared. I tried to quickly pat down my hair, a little lip gloss, you know…anything that might help.

When it’s picture time, I sit down and hardly without warning, the old man behind the camera snaps away. He stops to look at the picture, pauses, and then says, “OK…just one more.” Great, here we go again.

He then quickly stops to look at the picture again, thinks about it, and goes, “Actually, it’s fine.”

Sure enough, ten minutes later, he hands me Ugly ID Picture #2342. Just another one to add to to the collection.

So, yes, I pretty much accepted the fact that I’ll probably never have a flattering ID, and envy those with their beautiful pictures who barely blink when asked to show ID. 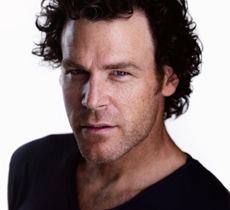 Then I thought, maybe I just don’t know how to pose for a picture. I turned to bi-coastal photographer, Peter Hurley, an expert on headshots, for some tips.

He told me, despite the poor lighting, dull background colors, and almost-zero time to prepare right before getting your picture taken, there are a few things you can do for a more covetable ID picture.

Tips for a better ID picture:

7 thoughts on “7 Tips for a more flattering ID picture”