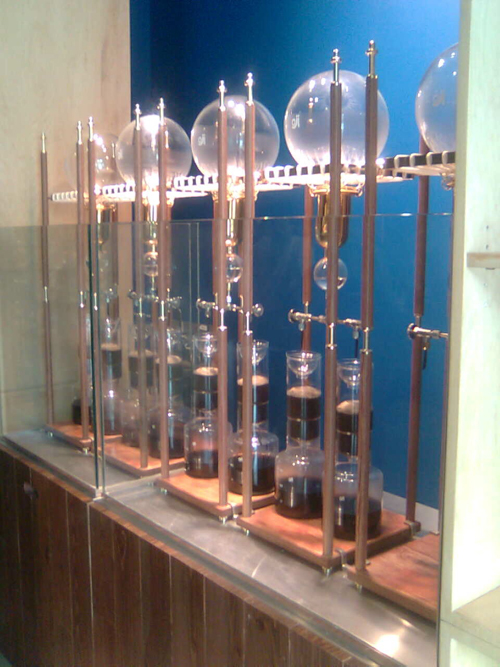 The three-foot-tall slow drip devices at Blue Bottle make you feel as if you're in a very caffeinated and aromatic lab.

Coffee turned science experiment? That’s pretty much the vibe at Blue Bottle Coffee in Williamsburg, where three-foot-tall glass globe slow-drip devices make an iced coffee at precisely 88 drops per minute. It’s enough to get a nerdy coffee lover excited. And, I was.

James Freeman first started his coffee business in San Francisco in 2003, weary of complicated flavors like eggnog lattes and pumpkin pie macchiatos. His preference: simple coffee, made theatrically. Freeman then made his way east this year, opening up his Brooklyn offshoot in March and acquiring noteworthy fans such as Danny Meyer, who contracts with Blue Bottle to supply his restaurant Gramercy Tavern. 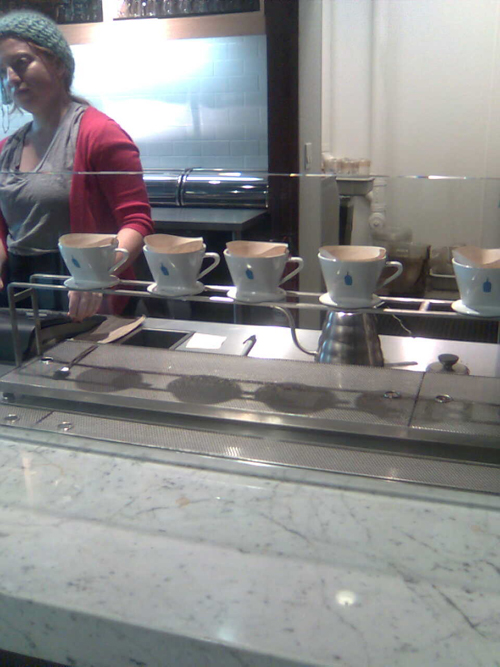 At the front counter, hot coffee is ground, prepared to order and brewed a la minute.

Freeman takes techniques from several locales to make his coffee special. According to NY Times writer Oliver Strand, there’s a New Orleans-style cold drip iced coffee, a drip bar where coffee is made one cup at a time, ‘nel drip’ coffee made with flannel filters imported from Japan, and single-origin espresso pulled on a vintage 1970s San Marco Leva. 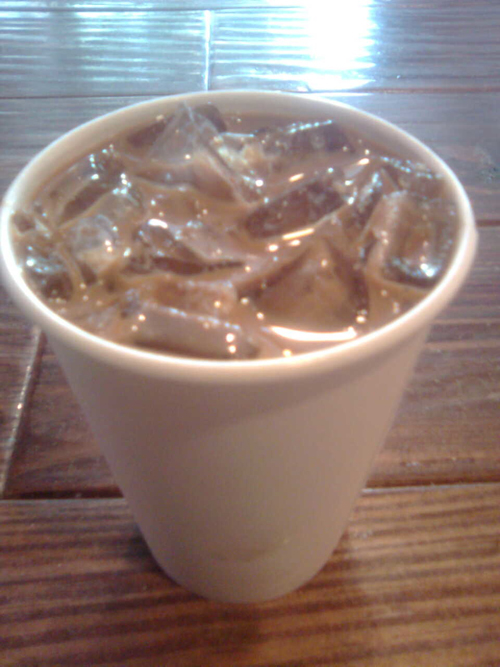 My New Orleans style iced coffee, which means it's served with milk and slightly sweet, just the way I like it!

It isn’t just a show though. After trying the coffee, even my usually non-responsive-to-caffeine self was feeling wired. And the taste was bold, strong, and completely undiluted.

As far as my coffee brain goes, this place competes with the likes of Stumptown, sans the stylishness of the Ace Hotel and those undeniably awesome baristas in retro outfits. What made up for it? The close proximity to the Artists & Fleas Artist, Designer & Vintage Market, where my day in Williamsburg was made complete.

One thought on “Blue Bottle Coffee in Williamsburg, Brooklyn”