That’s not always a good thing, but take a look at this pic of her: 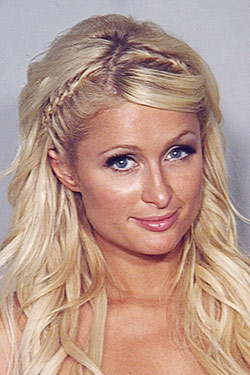 No, it isn’t a paparazzi shot — it’s Paris Hilton’s latest mugshot. NYMag.com reports her latest ad-like mugshot was taken after she accidentally dropped a bag of blow out of her purse. The cops followed her after a pot-like smell was trailing her to her Escalade. There, she pulled out a tube of lip balm, but unfortunately for her, her bag of drugs fell out with it. She was released without bail (not surprising). But seriously…I can’t get over this picture! It’s like she had a team of makeup and hair stylists team trail her to the police station. Celebrity makeup artist Mally Roncal was right when she was quoted as saying Hilton really knows “what her angles are.”

PS In case you’re looking to get a better ID (or mug?) shot, read our post on 7 TIPS FOR A MORE FLATTERING ID PICTURE…just sayin’…

3 thoughts on “Paris Hilton never ceases to amaze me”