And now, an NYC salon NOT to go to…

Look, I don’t do this often, but sometimes things need to be called out and this is one of those times. I’m normally gushing over salons I go to, but this is the first time that there’s one that I’m telling you NOT to go to: James Corbett Studio. 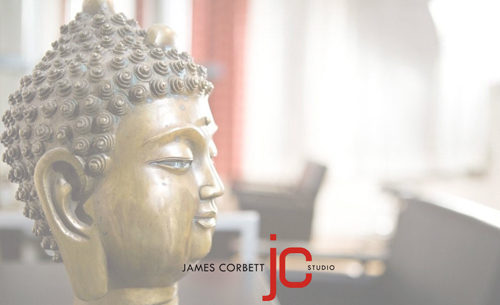 Basically, I went to a beauty event last year and in the gift bag was a gift certificate for a complimentary organic manicure and pedicure at James Corbett. It didn’t have an expiration date so I’ve been holding on to it for a special occasion. For Thanksgiving in a couple of days, my friend is having an engagement party, so I thought it was a good time to bust out the gift certificate. I called and made an appointment.

Not even an hour later, they call me back and ask me if I’m using a gift certificate for the service. I said I was, and the receptionist then tells me, “Oh, we’re not honoring those anymore.” Apparently, people have been making copies. Which I totally understand, but this was a colored gift certificate with original writing (it’s not photocopied). 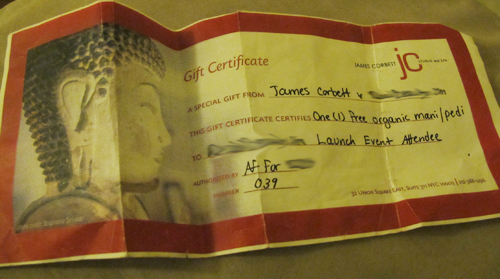 I told them that, and then the lady says she’s handing me off to someone else (a manager I’m assuming). She then comes on the phone and I tell her, there’s no expiration date and asked if they could just honor this one since it’s authorized. She said still since it was a year ago they just won’t accept it. I tried telling her once again that this was in the gift bag, it wasn’t photocopied and if there’s a chance I could still come in and they could see it themselves, and she THEN says, “You can say what you want but we’re not accepting it, thank you,” and then abruptly HANGS UP on me! Seriously!

I was stunned. I’ve never had a salon be so rude about something like this. I tried calling back and she claimed she didn’t hang up on me (she clearly did) and said, “I was just saying you can say what you want but no matter what, we’re not accepting it.” I told her I couldn’t believe how rude they were being about it and that I would definitely let people know and she just said, “Absolutely, go ahead.”

Since she gave me the green light, here you go folks. Don’t go to James Corbett Studio in Union Square. They obviously don’t know the first thing about customer service. The end.

Oh and PS, just made an appointment at Francky L’Official salon in the UES…their event was also months ago and they’re happily honoring the gift certificate I got from their launch party…just sayin.