So Istanbul Cafe is now “ABA Turkish Restaurant.” The menu is pretty similar to what it has been with some slight (better) alterations to the dishes. Take the manti for instance: 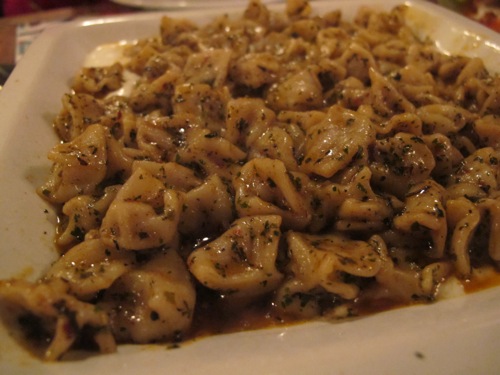 The dumplings are little smaller, but they added more spices and no longer just dump a messy dollop of yogurt on top. I think it’s the first time I’ve had their chicken yogurt kebaab, but it was also much better than the kebaabs alone that I had when they first opened (which a lot more dry): 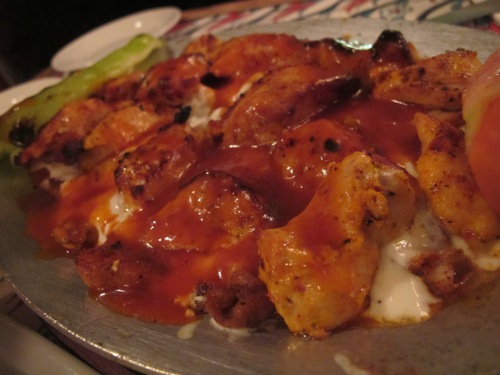 The good thing is they still kept the Turkish decor, and friendly service. The meat is also halaal in case you’re wondering! The prices increased a tad, but they also now serve Turkish Breakfast which I’m looking forward to trying now. I never had Turkish food for brunch but the authentic Turkish Breakfast I had in Istanbul (with fried halloumi cheese, mixed vegetables, and olives) is something I crave pretty often! We’ll keep you posted on how it compares…