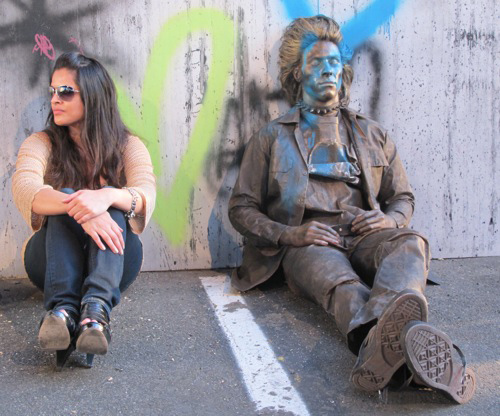 MAC Pro brilliantly showcased what their makeup is capable of by hosting a block party under NYC’s Highline last week with their “Hit the Pavement” event. Blink and you might accidentally bump into one of the many body-painted living statues: 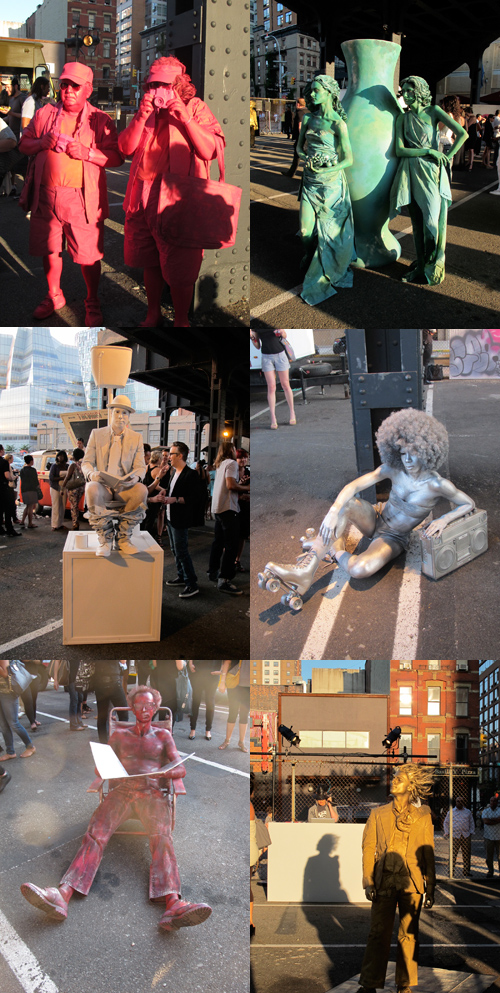 Living statues at the MAC Pro event under NYC's Highline

I was kinda in awe at how the makeup didn’t even seem to melt away with the sun. 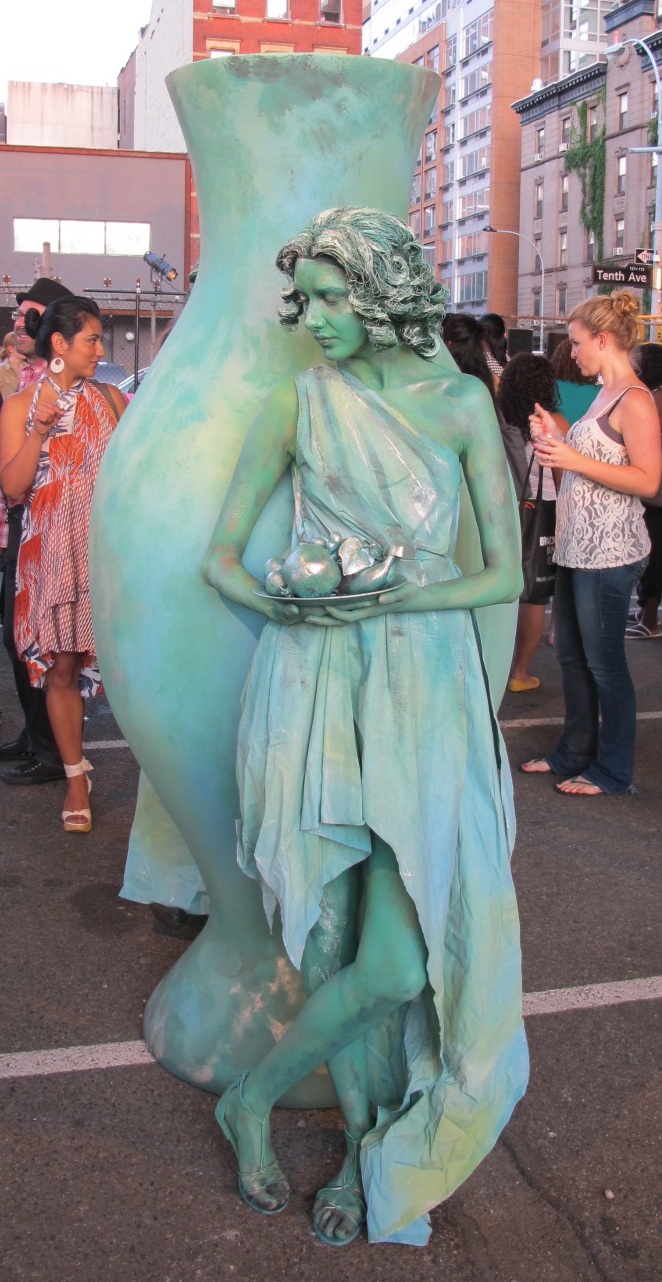 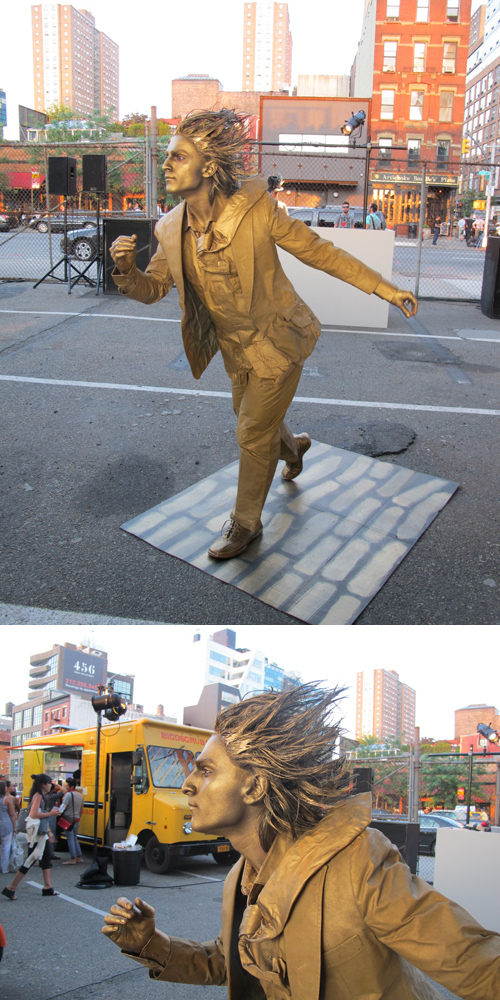 I was digging his wind-blown hair 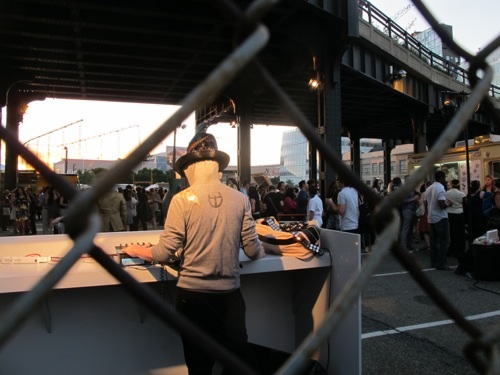 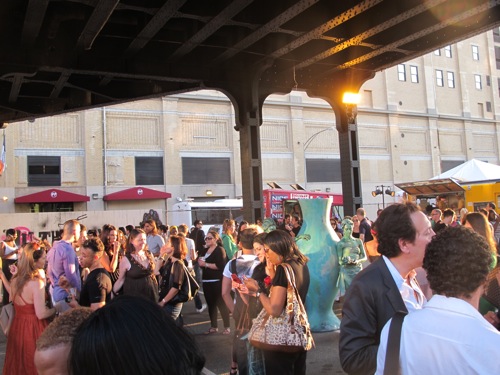 Crowd at Hit the Pavement 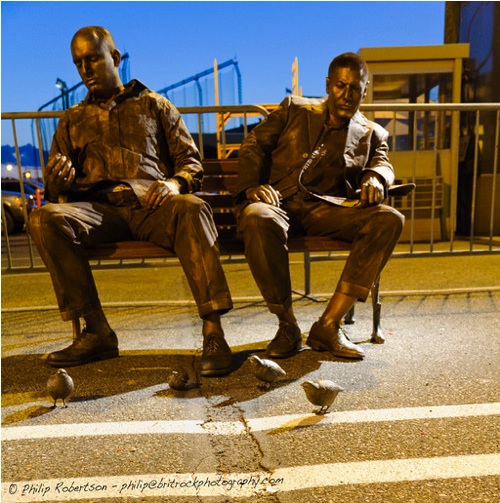 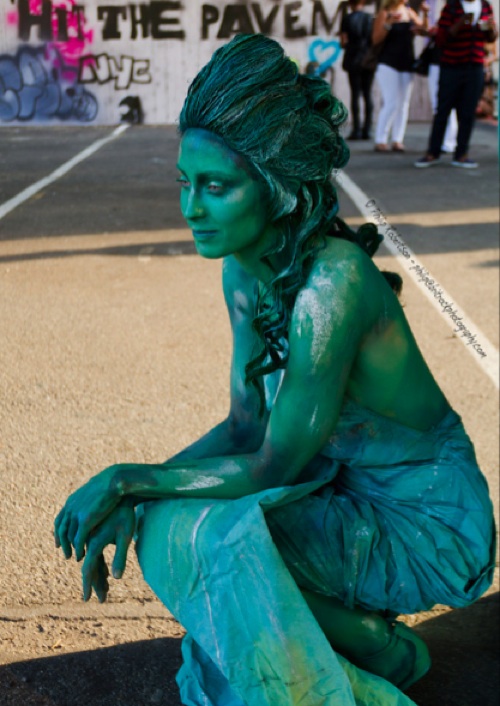 I think the cutest thing I saw was this little girl painting away on a graffiti wall with her own MAC lipstick…I think we could have been friends:

Cutest moment #2: when the same little girl saw this MAC-clad street performer approaching her…she freaked out for a second but then continued her masterpiece.

Nice to meet you 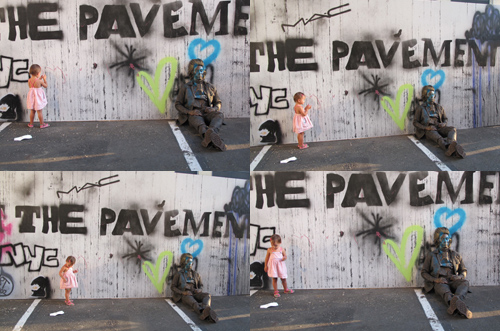 I felt like I was wandering in an outdoor makeup-museum, it was the coolest thing. But to top it off, we were surrounded by food trucks…more reason why MAC and I speak the same language. There were so many trucks I was trying for the first time, including Wafels & Dinges. My friend Archana and I headed straight for dessert first.

I hear the Spekuloos sauce (a type of gingerbread sauce) is their specialty, but we went with a nutella/banana combo. It was still crazy good: 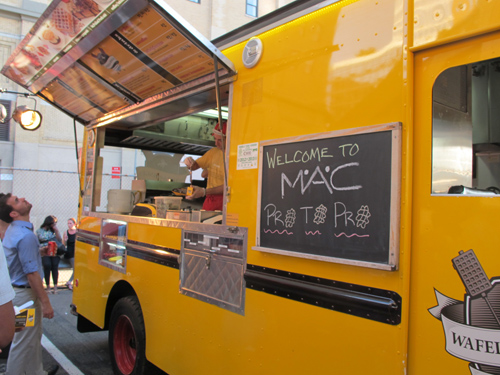 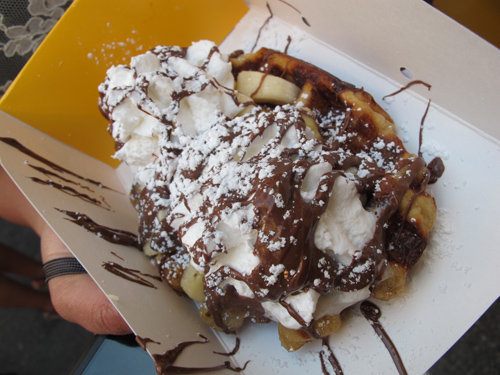 We then skipped over to the Rickshaw Truck for edamame dumplings, and right after to Van Leeuwen for Earl Gray and Strawberry ice cream. 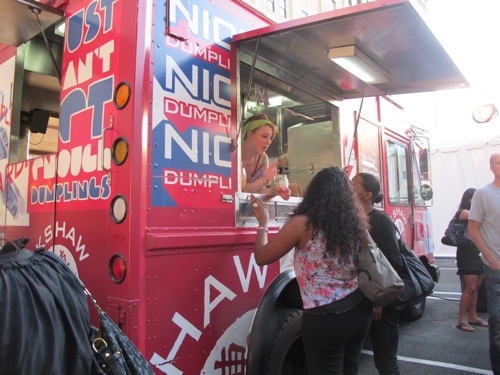 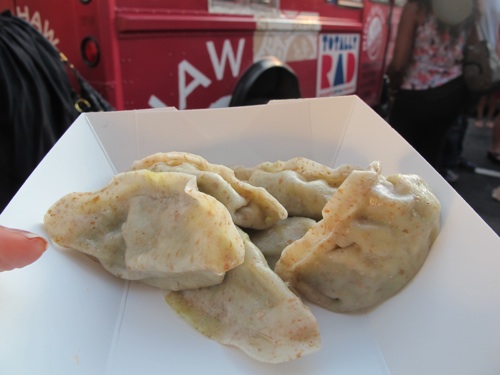 Edamame Dumplings -- these were OK, but was craving some meat and they ran out of their chicken 🙁 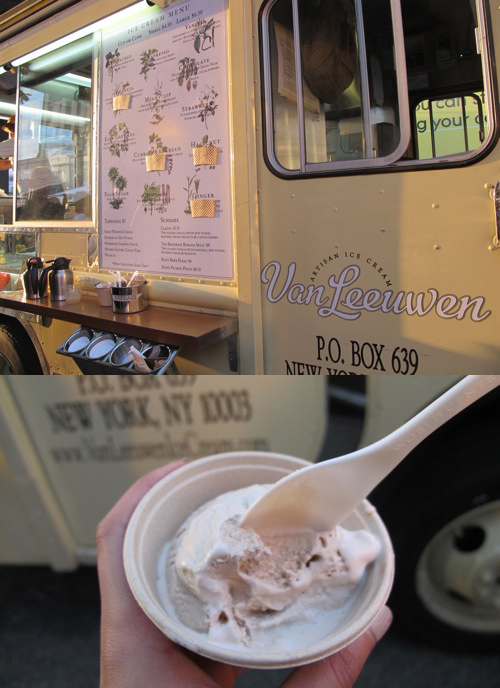 Not sure if it’s a food blogger thing, but our whole dessert->appetizer->dessert meal made perfect sense to us. After we ate to our hearts’ content, we walked a few blocks over to the West Side highway to catch the sunset…little reminders on how NY really has its moments. 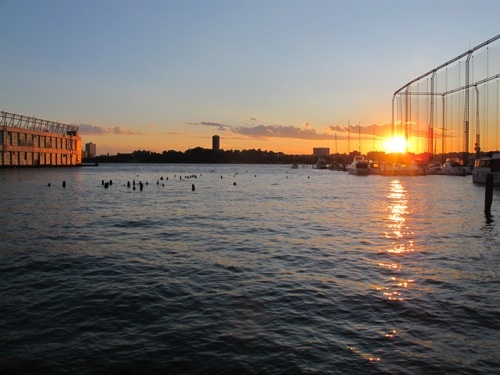