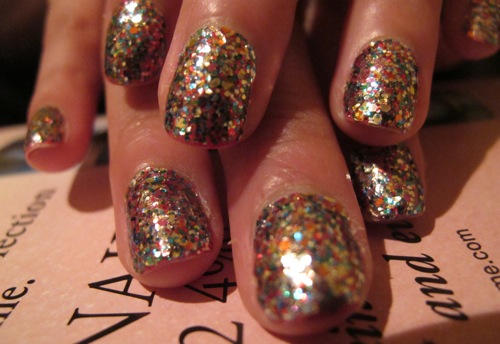 In my last post, Jennifer had asked me about what nail polish I was wearing. Would you believe it’s not your normal nail polish (and there was zero dry time?).

Since I’ve tried Minx nails, which I wasn’t totally impressed with, I was put on to Sally Hansen’s Salon Effects Real Nail Strips by LDiva herself from Divalicious. 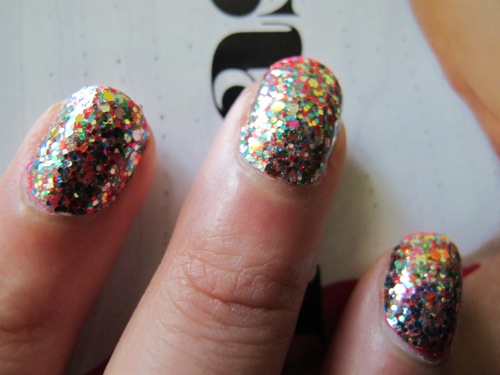 I’ve had a box sitting on my dresser, begging to be put to use and I finally came around. These are not regular old stickers — the peel on’s are actually made from real nail polish so it looks like it too (but much more neater and easier to apply). They come sealed, so all you do is peel the stick side off, press against your nail and file away the excess. Voila, instant salon-looking nails (did I mention there’s no dry time? I’ll say it again). They’re supposed to last up to 10 days, and judging from how they’re wearing so far, I wouldn’t be surprised! 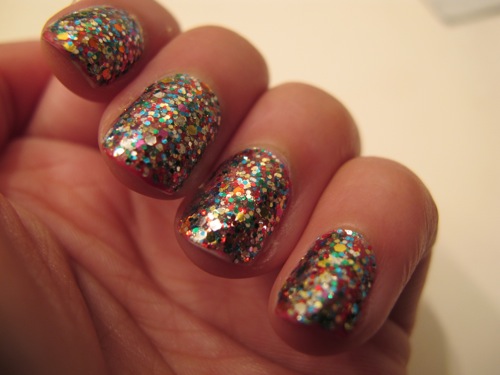 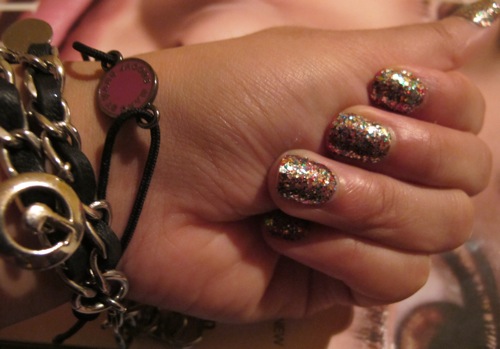 This one is called “Frock Star.” They come in 23 varieties, and I think I got my eyes on the gold “Glitz Blitz” next! They cost $9 (way less than getting Minx’d), and available at mass retailers and drugstore.com. Anyone else try these? What do you think?