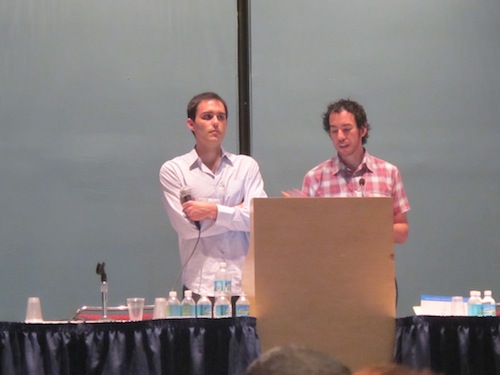 I was fortunate to meet them during my trip to Miami. They are Very Important People at cracked.com. They even gave a speech with a Powerpoint about the awesomeness of the site (for example, did you know Cracked.com has one of the most engaged audiences? More than Comedy Central, FunnyOrDie, and The Onion combined? Now you know). After their speech, they were signing copies of You Might Be a Zombie and Other Bad News: Shocking but Utterly True Facts. I’m pretty sure it was the longest line of ladies that conference saw all weekend, but for some reason or another when I got to the front I never got my copy of the book (I think the guys were too engrossed with talking to the fans :)). I saw them later as they were just leaving for the airport and told them how I really wanted a book and totally waited in line for it, so Oren promised me he’ll send me something better: a signed copy of the book from the ENTIRE staff of Cracked.com. And lookey what I got in the mail! 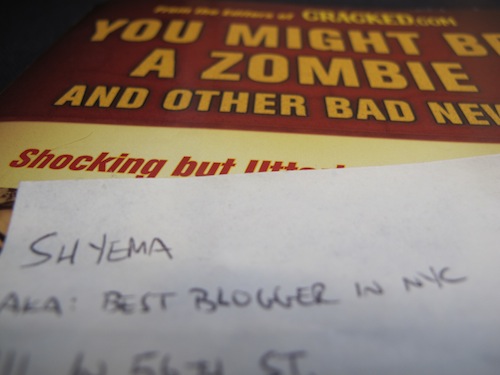 I'm pretty sure he meant 'in the world' which is so sweet of him! 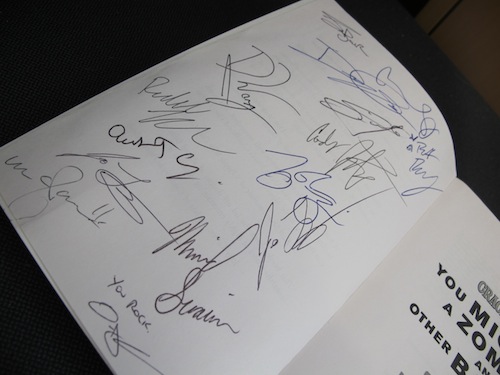 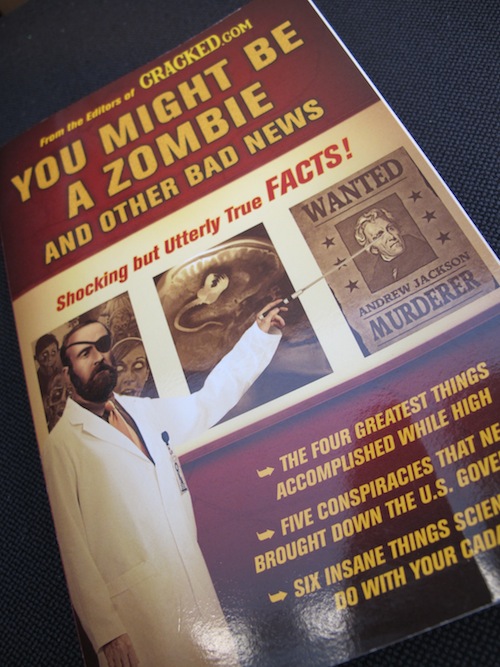 So basically, I just wanted to give a giant THANKS to Oren for sending the book (I’m sure the rest of the staff was entirely confused but they were nice enough to sign it anyway — I feel really special :)).

And you guys should pick up a copy too, it’s a really funny (and enlightening) read you’d expect from the editors of Cracked: The Four Most Badass Presidents of All Time, The Six Cutest Animals That Can Still Destroy You, The Six Most Depressing Happy Endings in Movie History…or the chapter I could barely stomach: The Six Most Terrifying Foods in the World (spoiler: balut from the Philippines are “duck eggs that have been incubated, often until the fetus is feathery and beaky, and then boiled alive.” Terrifying.).

I’m totally going to use the book to learn all this random trivia and show off at the next party. Yes, I’ll be THAT person. Thanks again to everyone at Cracked.com! You guys rock!