When I was invited for a “Holiday preview” of the delectable chocolate offerings at the Jacques Torres NYC store, I thought we’d be given some samples and maybe a quick run through by the famous French pastry chef…which, by the way, I would have been MORE than honored for in and of itself. But when I arrived at the store on Hudson Street in Manhattan, I could hardly contain my excitement when I realized that we’d actually be making chocolate with THE Jacques Torres himself! 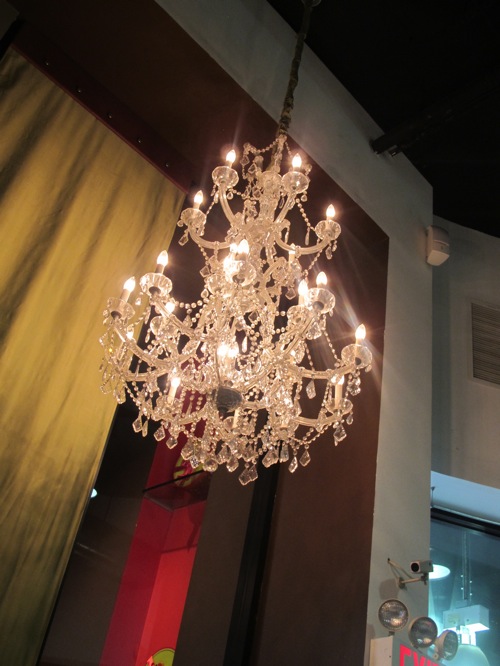 We were first taken to the back of the Willy Wonka-esque kitchen to see all the chocolate molds for Halloween and Thanksgiving. They’re even as far ahead as having treats ready for your Valentine, retailing from $3-$25 for most (my quick girly input: an edible gift like these are always a good idea!). 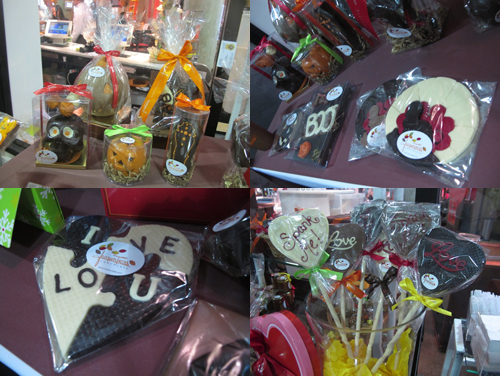 Then “Mr. Chocolate” (as Torres is also known) came out to greet us. “This is the first time we’re opening our kitchen doors to bloggers,” he told us. “And get ready, because we’re going to put you to work!” That he did, but Torres probably knew this was going to be more fun for us than anything! After putting on some not-so-glamorous hair nets and white paper coats, we went straight to the back to create our own Halloween chocolate. 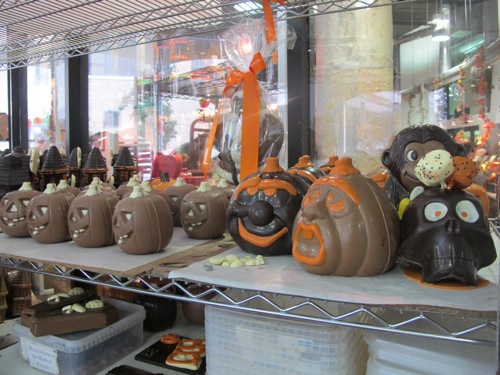 Halloween chocolate on the drying trays

Torres first showed us the festive red and orange chocolate that we were going to use to decorate the Halloween molds of our choosing. 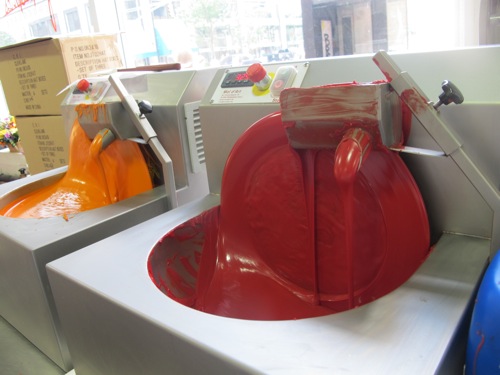 Orange and red chocolate mixes for our molds

I was pretty into decorating mine: 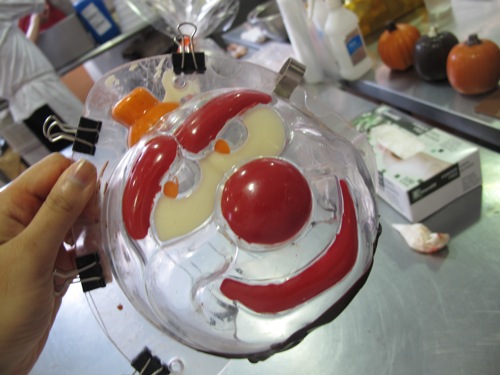 Coloring in my own chocolate mold

Torres said he thought my lil pumpkin mold was quite cute! “I think you’re ready to work for us now!” Yes. After they let the first layer cool in the cooling room, they filled our molds with any chocolate of our choosing…I chose milk chocolate :). 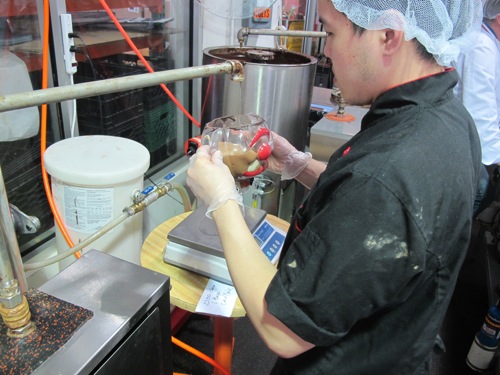 Filling in my pumpkin! 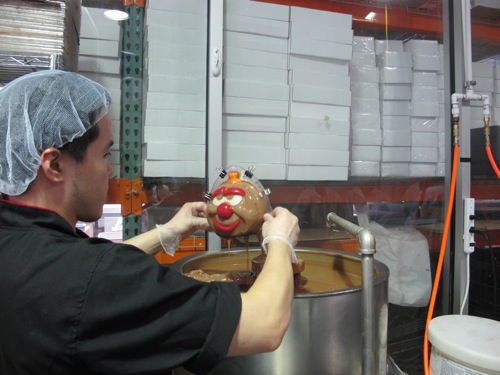 Filling in my pumpkin part 2

While we were working, I couldn’t help to notice the dynamics of Torres and his team at work. It was easy to see why he’s one of the greatest in the chocolate biz — he’s quick on his feet and has a trained, meticulous eye on every process going on in his kitchen. Torres would be in front of us one minute and scurry just as fast to the next station, and be RIGHT BACK before we barely had time to look up. His energy was prevailing, and the whole kitchen seemed to thrive off of it. 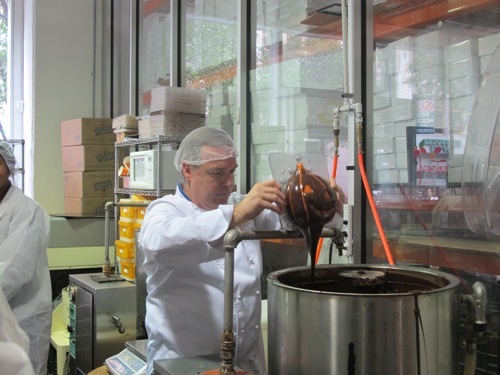 Torres filling in our pumpkin molds

We soon moved onto making chocolate bark. They showed us the delicious salted nuts they use. We poured dark chocolate over it, mixed it and spread it in a tray to cool. They were done soon enough. The freshest chocolate I’ve ever had in my life! 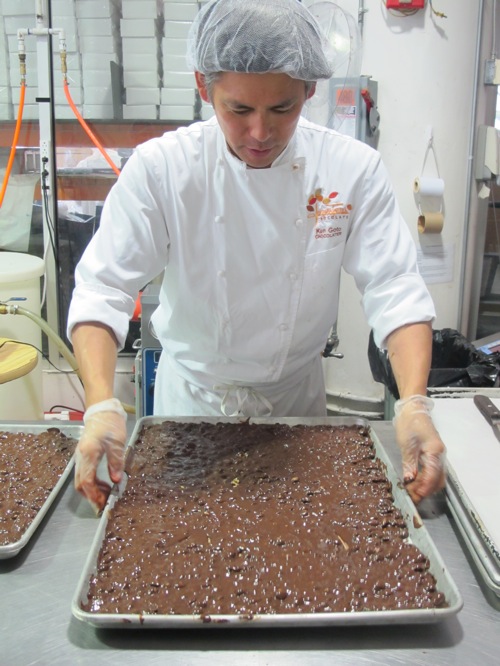 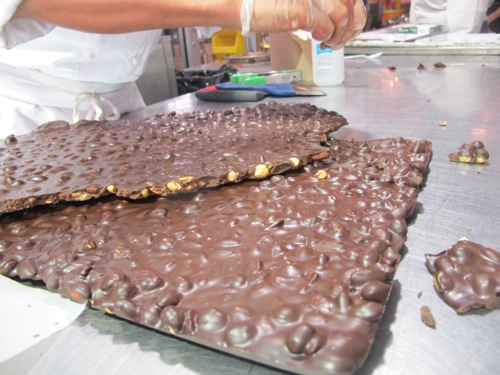 We switched stations to make clusters, made with real Corn Flakes, and a machine used to cover orange peels with chocolate: 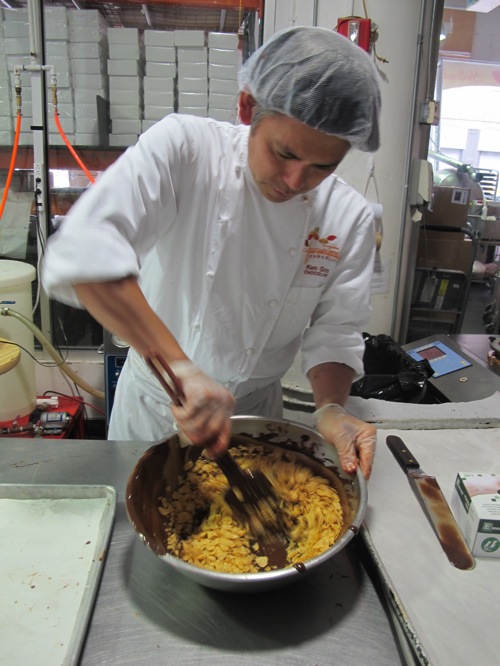 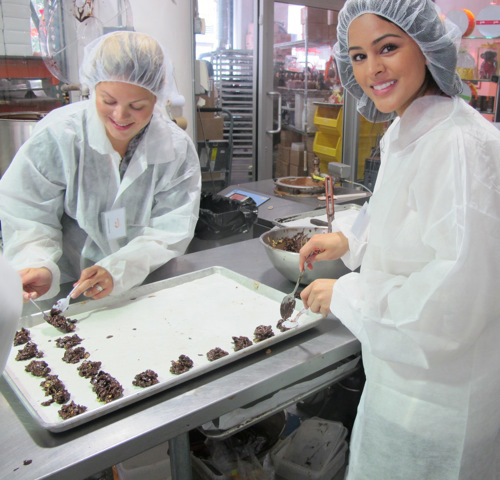 So this is how it feels to be an oompa loompa? PS, how not-really awesome is my paper coat? 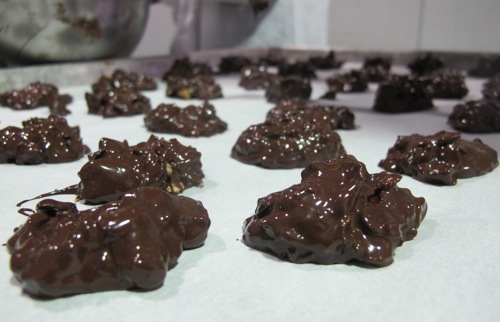 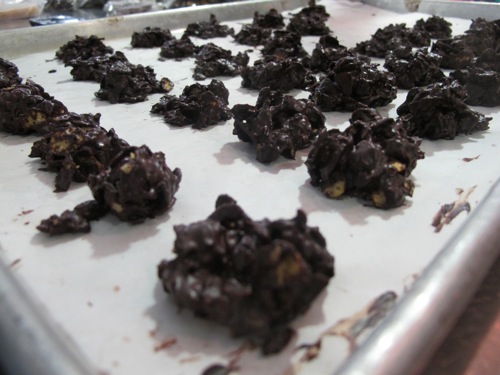 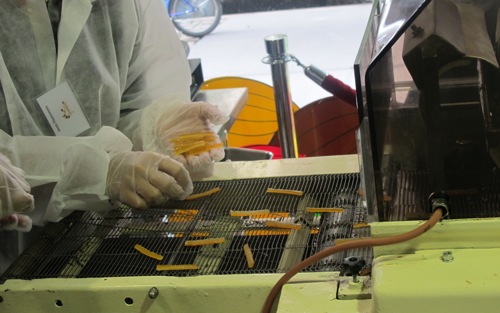 Orange peels getting ready to be chocolatified 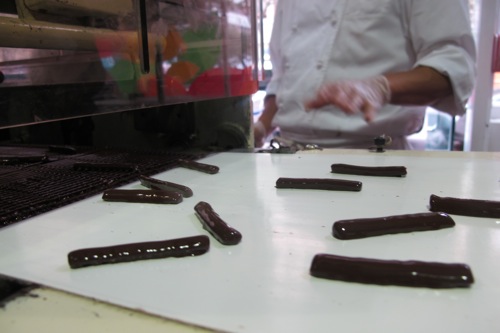 Finally, we moved to the back to see where his actual chocolate bars are made. After separating the cocoa beans and mixing them to a paste, we ran trays through a machine that would drizzle the chocolate bars in, then cooled, removed from their trays and put on a small conveyor belt that would automatically wrap each bar in his signature wrapping paper. 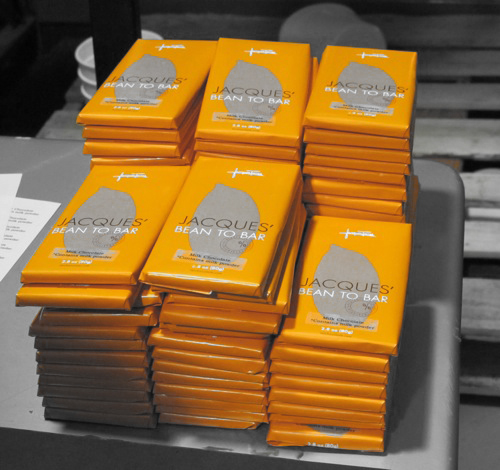 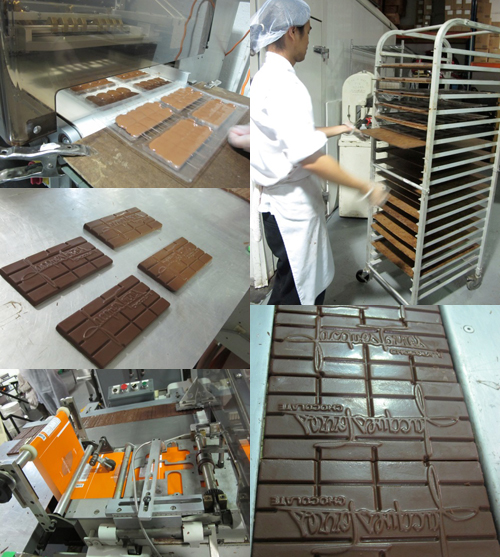 It was definitely one of my most memorable experience as a food-blogger. The chocolate was absolutely, ridiculously good. If you’ve never had his chocolate, YOU need to get your hands on some. I totally finished all the chocolate I made at the store, but have my pumpkin still waiting to be picked at :). 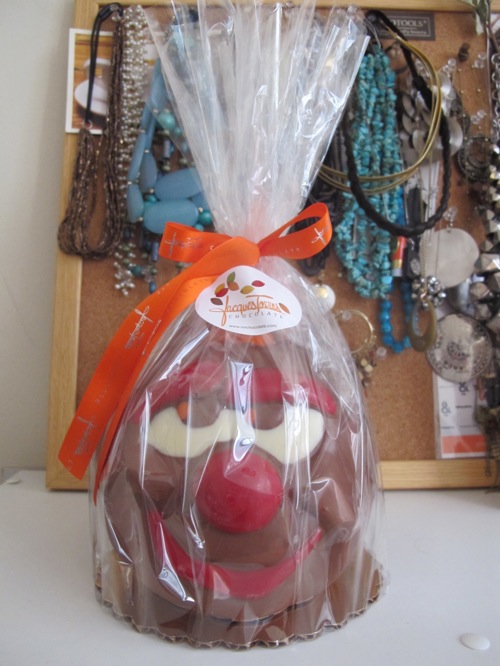 They even wrapped it for me 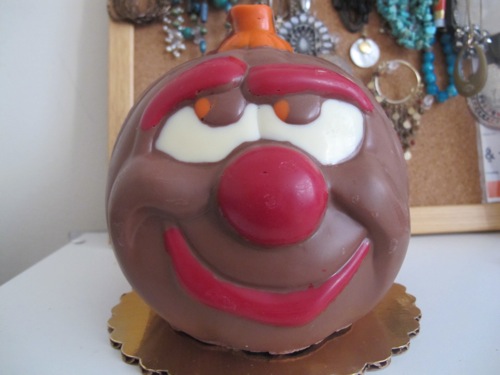 How cute is the chocolate pumpkin I made? 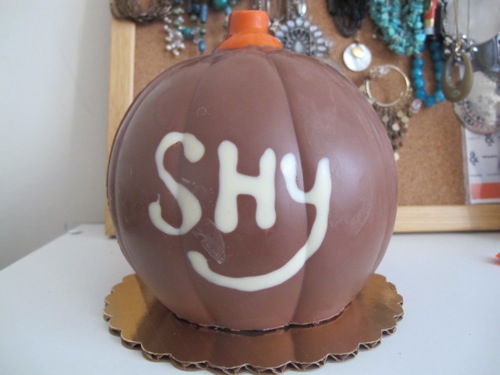 Torres had to sadly rush out at the end to catch a plane, but stopped for a picture with me 🙂 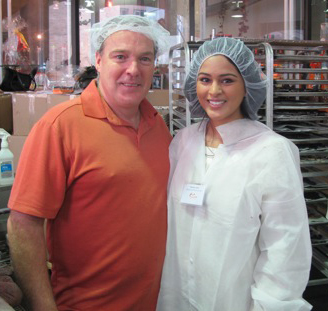 Me with famed chocolatier, Jacques Torres!

At the Hudson Street location, they have a bar where you can order hot chocolate, frozen chocolate, and of course, all his other chocolate treats.

And to answer your question, YES, I did OD on his famous dark chocolate cookies. To.die.for.

2 thoughts on “Making chocolate with Jacques Torres in NYC”