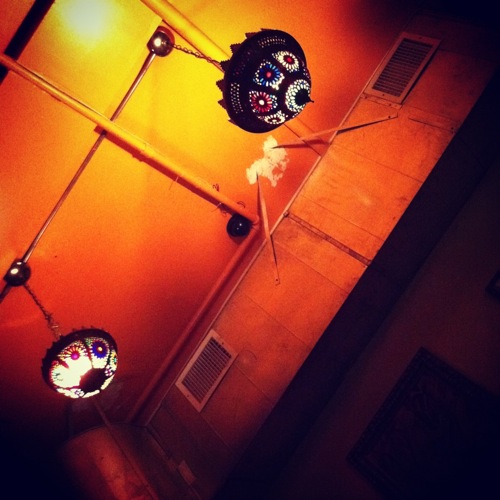 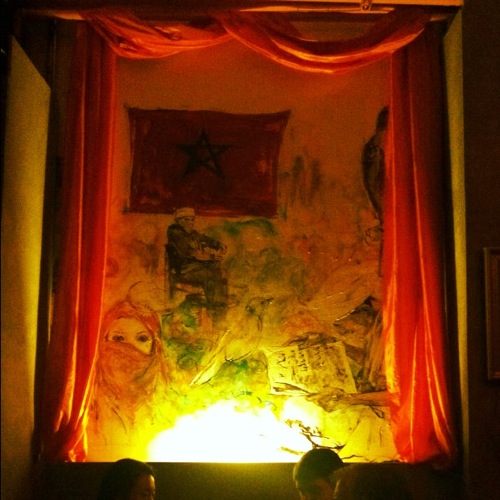 At least, that was the case last weekend when my friend Asma was in the city. While we were trying to figure out what to eat, she told us about this halaal Moroccan restaurant she found on Groupon, Kiosk. I hadn’t heard about it since it’s all the way uptown (and by that I mean East Harlem uptown). I know exactly no restaurants there, so I was excited to check it out. And it didn’t hurt that when our friends Saqib and Jainal joined us, we got a ride up there too..Score!*
*Not that we just asked you guys to come along because you had a car, I’m just saying.

Draping curtains, dim lighting, and sketchings on the wall, and even one table sitting on a loft overlooking the restaurant, I was pretty taken at how much character was in such a small space. 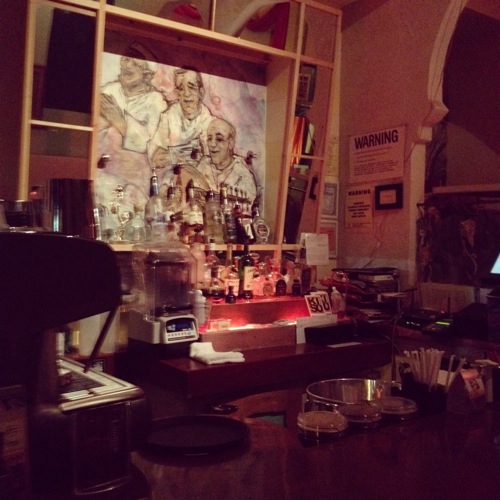 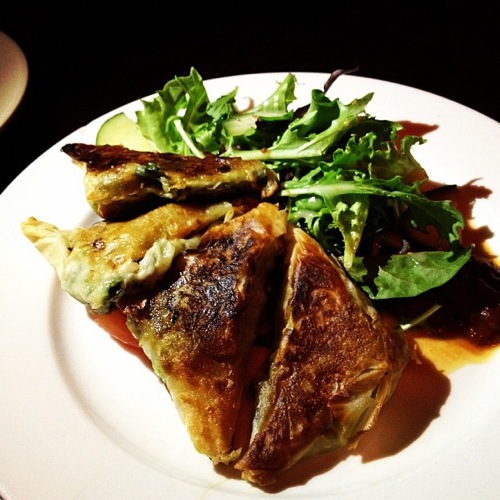 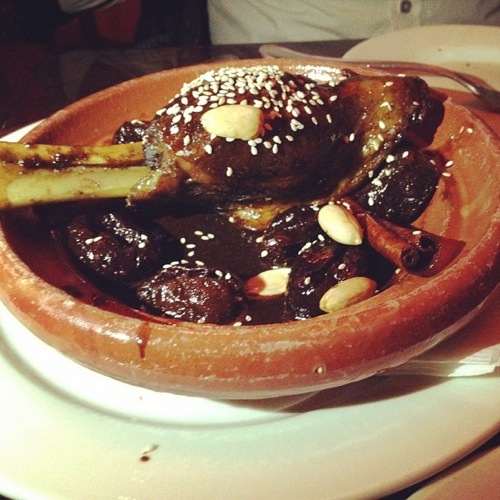 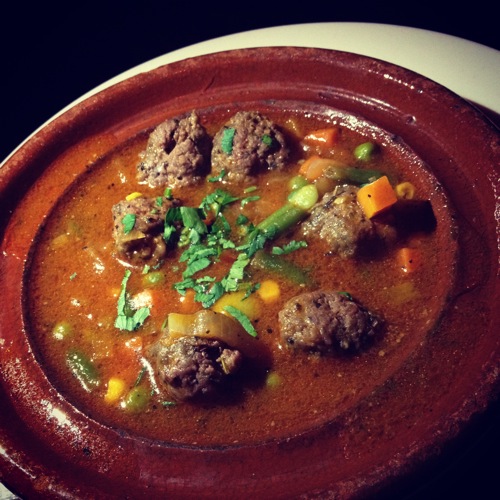 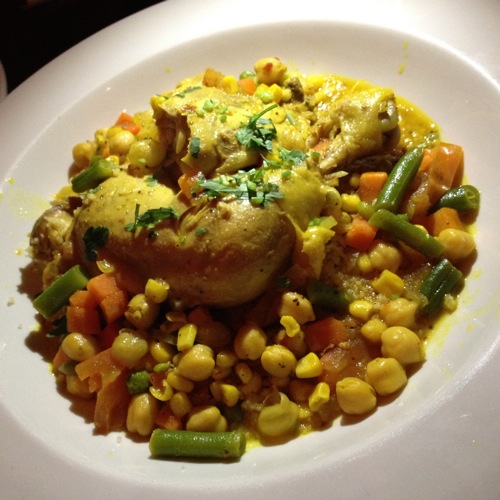 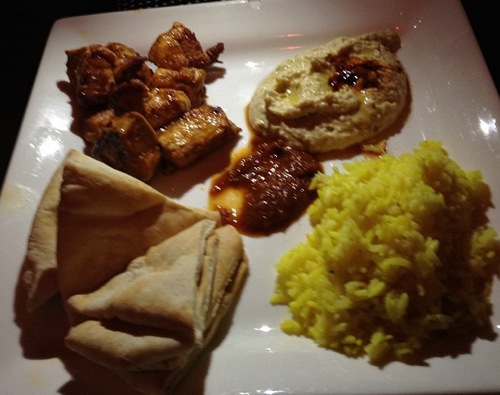 Everything was good, but I though the lamb shank tajine (lamb confit with prunes, almonds, and sesame seeds) was the superstar. I also never been that big on chicken tajine (the taste sort of falls a little flat for me), but having mixing it with the bed of seasoned chickpeas helped give it a little more flavor. Oh, and my favorite part: dessert…or brownie a la mode. It was serious. 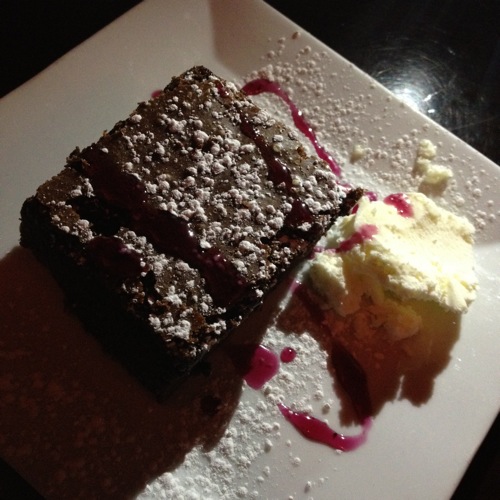 Kiosk also has an assortment of hookahs, so we dabbled with a chocolate mint flavored one. It ended up being a really fun, relaxing night. And for 6 people, shelling out only $15 (including tip) a person was not bad for a pretty varied three-course meal. Thank you, Groupon (and Asma :)).

REPORT CARD
Meal: Dinner
Occasion: An excuse to go uptown so we could use a Groupon before it expired. Truth.
Price: $$
(Out of three stars)
Ambiance: ***
Food: ***
Service: *** The waitress was SO sweet and gave us great suggestions
Would I go back?: Yes if I’m in the area (it’s a bit of a hike for me normally)