If you guys were not in New York to experience the winter storm, this “nor’easter” as they call it (clearly, the first time I’ve ever heard that term in my life which says a lot coming from a Chicagoan)…just know it was no joke. 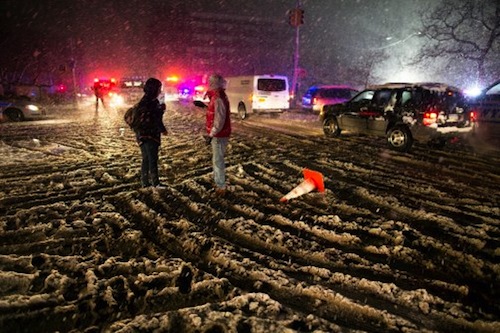 The wind, the snow, the cold, the puddles…it was not a day to be outside at all. Just go home, throw your soaked socks in the hamper, and jump under a fleece on the couch, and watch copious amounts of TV. Everyone else? They’re idiots.

Unfortunately, I was one of those idiots. But for good reason, I swear: My friend, Asif Ali, was performing at the famous Carolines on Broadway for the NY Comedy Festival’s Comics to Watch, and the line up quickly proved to be worth trekking through the snow for the show (ok maybe it was just six blocks of trekking for me, but…irrelevant). 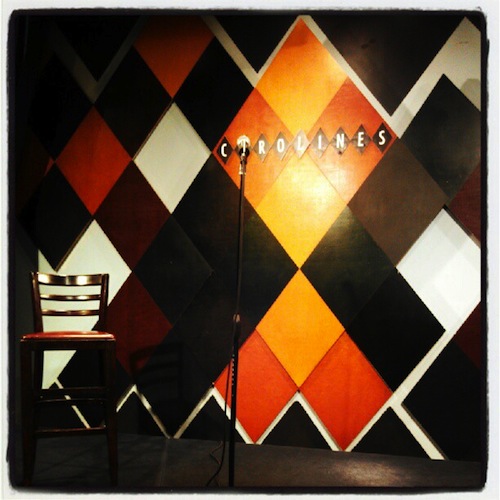 After the show, it was only reasonable to finally come to our senses and go back home once the blistering cold air hit our faces on the way out. But by then, a group had formed…a very resilient group…that just wanted chai.

“Cool,” I said. “There’s Haandi or COP not too far from here…” Even while I was saying it, it sounded too far. Which makes it only more mind boggling as to why I would instead agree to catch a train up to Astoria for Roti Boti. The cold clearly numbs decision-making.

But our friend Aman said it would be worth it sloshing through the snow for. “It’s Metta World Peace‘s favorite ‘Pakistinian’ joint in New York!” (His words, not mine). I looked EVERYWHERE for this endorsement from Metta on YouTube to share with you all [which, side note, searching Metta World Peace for anything online is kinda one of my favorite things to do when I’m bored so this was a treat]. Sadly, I only found references to it so this video below, although unrelated, was the best I could do:

Anyway. I’ve been to Roti Boti only once before, and all I remember was I was fasting and inhaled my food so fast when it was time to break, that I had no memory of if the food was even good or not. Honestly, anything would have tasted good after 14 hours of not eating. Good thing for us, we made it to to the restaurant and when we saw its big family-style dining table RIGHT next to a heater, it was clearly understood to be a sign from God that we made the right decision. 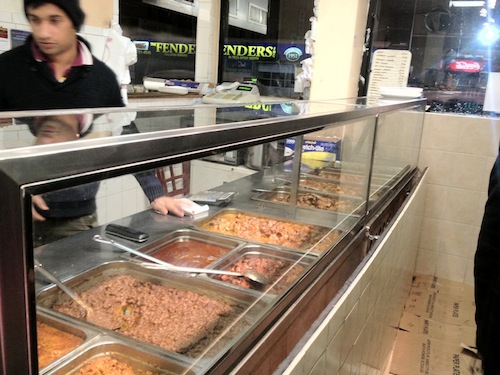 There’s no frills about this place (ie. peeling paint on the walls, cardboard on the floor and exposed boxes everywhere), but if you consider the desi-family-standard Corelle plates you have to just assume you’re going to get a little piece of home in your meal too. 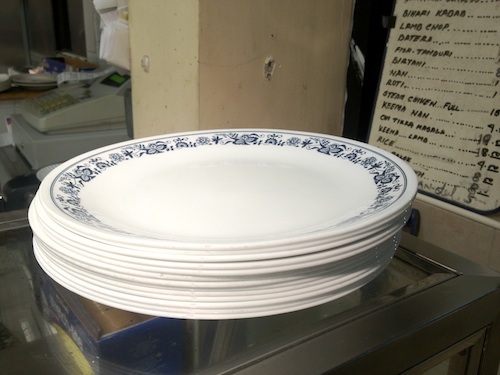 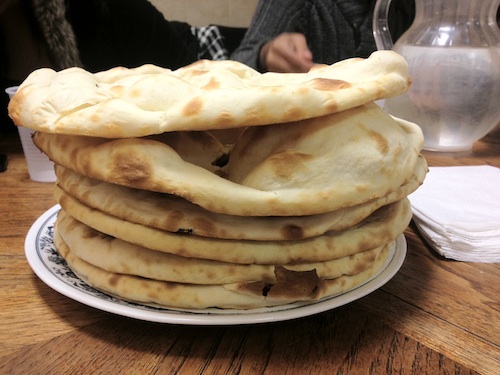 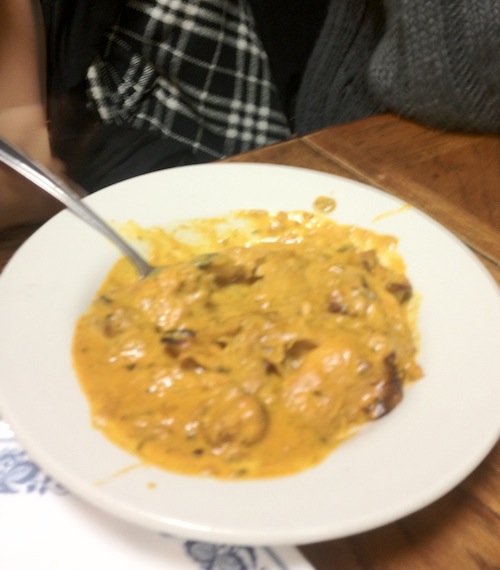 Anyone wanna guess how hungry I was when I took this pic? Clearly not caring.

The saddest part about this post are clearly my food pics — I had no camera and my phone died so I had to basically keep stealing my friend’s camera to take these subpar ones. PLUS I completely neglected to take pics of the tandoori chicken, lamb chops AND chai which all were equally delicious…count the good company, yes, it was totally worth that trek. Plus, a meal with chai that came out to $46 total for six people, we had cab money left over too. What? Did you think we’d walk it back too? We’re not crazy.

REPORT CARD
Meal: Dinner/In search of chai
Price: $
(Out of three stars)
Ambiance: *
Food: ***
Service: **
Would I go back?: For a late night bite, it really hit the spot. YES if I’m in the area, or in a mind-numbing-cold-weather situation again 🙂