(I like to hyperbolize, but you get the idea). 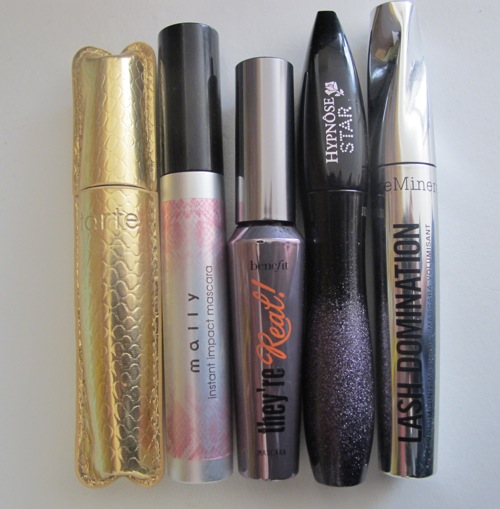 I can talk to you about mascaras all day, but a few have been in heavy rotation for me. Some of these are super brand new so if you can’t find them right now, they will be available soon (QVC sells a lot of them exclusively right now in sets). ANYWAY, In case you were curious about lashes that make you go Hmm, here they are: 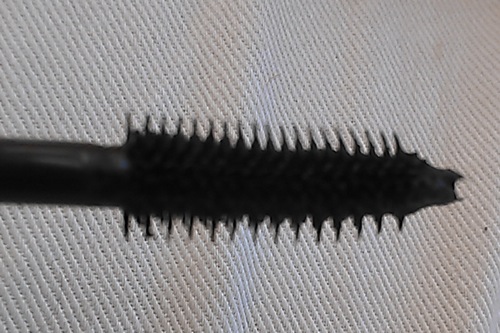 Look as far as I’m concerned, Tarte can do no wrong. Their Lash Camera Lashes! is a classic fave of mine (lenghtens, darkens, and curls!), but they upped the ante with their new Light Camera Flashes. The wand is actually double sided with different sized bristles — one that builds and a second that separates without the clumps (by 750% they say…woah). A bit of a design snafu though –half of the wand is purple and the other is black to help differentiate the sides, but once it’s in the mascara, it’s coated entirely in black which makes it hard to tell which side is which (and also which side to apply first!). I hope they somehow find a visible labeling mechanism to differentiate the two going forward, but in the time being, telling the difference between the two is at least doable with proper inspection (not fun to try to do in a rush, however). Regardless, I’ve had people stop me mid-sentence to just comment on my lashes when I’ve used this one because it’s that good, so it’s definitely worth the mention. (Available at qvc.com with their inner rim liner for $36) 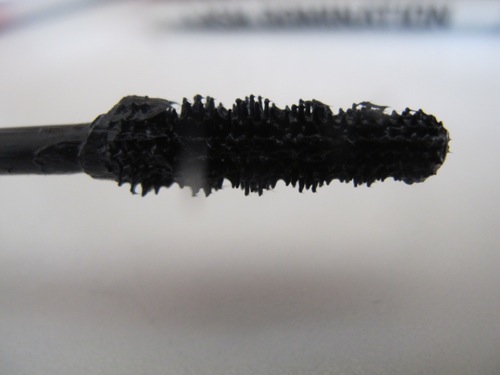 Mally Roncal is the lashes QUEEN. There is really no disputing that (every single time I see her, she is all smile and lashes!). Her mascaras are legit. My friends and I first started our addiction with her Volumizing Mascara, but I’ve since cheated on it with her newest: Instant Impact Mascara. This one has a sort of bubbly-shaped wand to get the beginnings and ends of your lashes. Love that it has a clean finish that fans them out in a seamless way, notice-me way.

Benefit’s mascara, They’re Real, separates, darkens with a thick coat and saves you the trouble of worrying about clumps (there will be none). It’s better for lengthening/darkening than making lashes thicker — instead it gives clean coats of intensity. 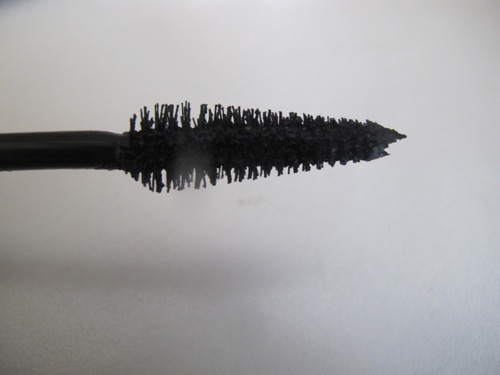 The easiest way to tell if a mascara is amazeballs is to wait for someone to ask if your lashes are fake. That’s when I know it’s a keeper, like when I use Lancôme’s Hypnôse Star (true story). While their original Hypnose is a favorite of many, for some reason I didn’t exactly catch on to it. This one though, with its triangular wand, makes it so easy to get to the tiniest lashes, and it builds volume and coats each lash proper. 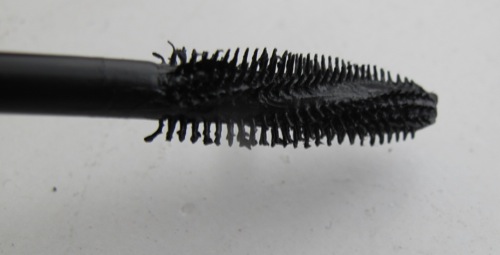 BareMinerals wanted a one-for-all with this new long-wearing mascara. It has quinoa protein for long, smudge-free, and flake-free lashes. The wand is pretty unique, with a spiraling design to get a 180 degree curve around each lash. I’d only wish the tip was a tad more narrow to get into the smaller, inner lashes, but other than that it gives an intense black coat to lashes.

Which mascaras are you obsessing over?

One thought on “5 mascaras to legitimately die over”