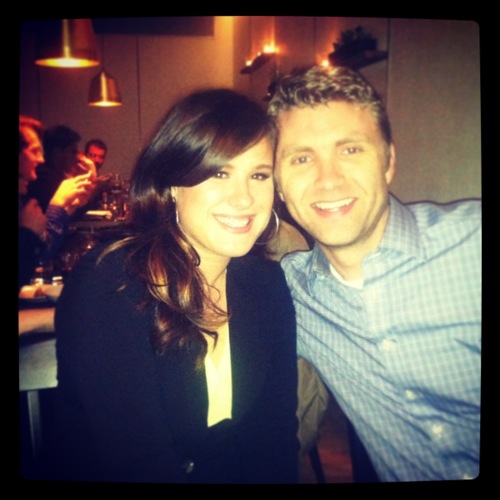 A pic of me with my husband after one of the greatest facials of my life -- yes I used a filter for IG, but my skin really glowed just the same!

When I first moved to New York, I was hired at a big publishing company, an experience which I’d fantasized about most of my life but which quickly turned sour, thanks to a Devil-Wears-Prada-esque boss who told me she wanted to “crush my face.” Disillusioned, I swore off publishing and went to work as a receptionist at a medical day spa on the upper east side, owned by a renowned plastic surgeon. This was before the financial crisis caused the spa to close. It was a time when medical facials were considered a necessity, not a luxury, and where UES ladies in fur coats were as ubiquitous as NYC parking tickets. I became familiar not only with the ins and outs of good, scientific esthetics, but also the contours and the width of the American Express Black Card (its titanium is nearly as thick as the hard cover of a book). The estheticians at the spa were medically trained, and worked with products that combined essential oils with top-level chemistry. My face looked and felt like a 16-year-old’s when I worked there, thanks to the legendary employee perks of the financially confident, indulgent aughts.

About nine months later, I came to my senses, and returned to work in publishing, but I was left with an indelible sense for what constituted a good facial. And let me tell you something: for as much as NY has a reputation for having top-of-the-line everything, it seems almost impossible to get a good facial here. Almost every spa I’ve patronized since working on the UES has provided only the most basic–and the least scientific–of services. A scrub (or at best, an enzymatic) exfoliation. Painful extractions. Inappropriate use of oils. I even recently had a facial at one of New York’s most upscale spas–as a media guest at that–and the esthetician botched it to such a degree that I broke out in practically every corner of my face. Oh, and her fingers smelled like cigarettes and her breath like tobacco-infused paprika. I learned a lesson about smoke and mirrors that day, my friends.

So last week, when I discovered that an esthetician I’d long-ago worked with at the Upper East Side spa had moved on to Paul Labrecque, I immediately booked an appointment with her, not caring what the cost. My face hadn’t been touched by experienced fingers for years, and I’d gone from looking 16 to looking my age, and that just wouldn’t do. Thank God—no, seriously—for Tatiana. 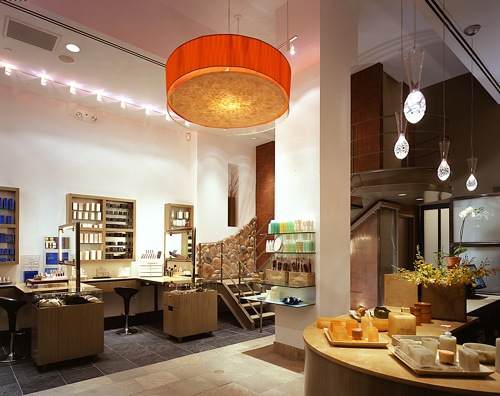 Here’s what you need to know about Tatiana (and, I’d like to presume, the other estheticians at Paul Labrecque): she KNOWS skin. She answered my questions with expertise and grace (is my skin still oily like it was when I’d first seen her? Am I getting OLLLLLLD?). The exfoliation she gave me was chemical in nature (a scrub is for home, people; a chemical exfoliation is for the treatment room). I barely felt her extractions (except for on the nose, which can’t be avoided). And as the hydrating mask was setting, her face massage was so transcendent that–I’m not kidding you–my brain opened a little to the heavens, and–I swear I’m not making this up–a bright light in the shape of the door formed in my head. THAT’S how talented this woman is. My mind’s eye practically saw the gates of heaven in Tatiana’s treatment room.

The products she used–props to Paul Labrecque–were excellent, too, and I could tell because my skin looked and felt red-carpet ready after the facial. I had dinner plans that night and had opted out of foundation to show off my skin. I was repeatedly told that I was glowing. 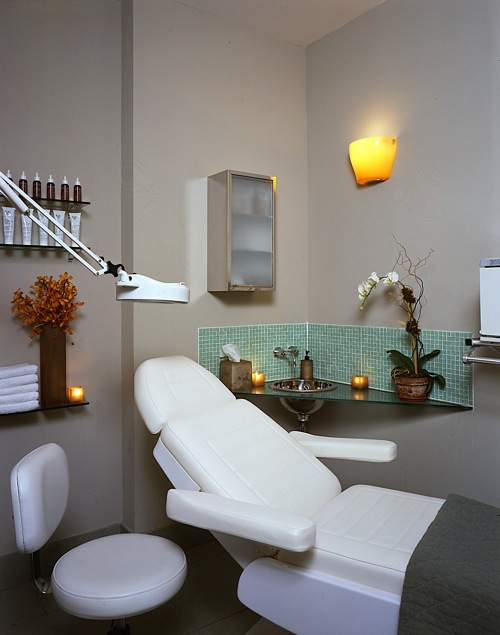 After the facial, I was in such bliss I decided to keep the feeling going and get a manicure, which was a happy alternative to the basic neighborhood spots I usually frequent. Although the facial was pricey (a basic treatment is $130), I can’t recommend it enough for at least once every 6 months if you can swing it, once a quarter would be even better. Request Tatiana*. You’re welcome.

*Paul Labrecque has 4 salon/spas in Manhattan. Tatiana is at the E 65th location.