So all of you know by now I have a healthy obsession with basketball, correct? Even more excited to tell you where basketball and soccer meets this summer for a good cause… 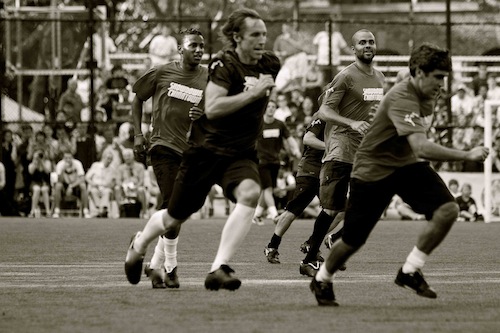 While some NBA players are using their off-season getting tatt’ed up, Los Angeles Lakers’ guard Steve Nash will be doing what he does best – assisting others (couldn’t help it). This time though, it’s on the field…soccer field, that is. Returning to New York for his sixth annual Showdown charity soccer event on the lower east side on June 26th, Nash said he’s “thrilled” to expand the event by holding a second event in his new home, LA (a mile away from the Staples Center, no less) on July 14th. “Soccer was my first love,” Nash said from LA in a phone interview. “My parents are British. I grew up in a soccer household. My first word was goal.”

NBA players and international soccer players will be joining him in the free and open-to-the-public event to benefit the Steve Nash Foundation which helps underserved children in health, development, and education. “This is really bringing together three of my greatest passions,” Nash said. “Helping children from my foundation; playing soccer, which is the highlight of my summer; and finally bringing it to two great cities is just fantastic.” 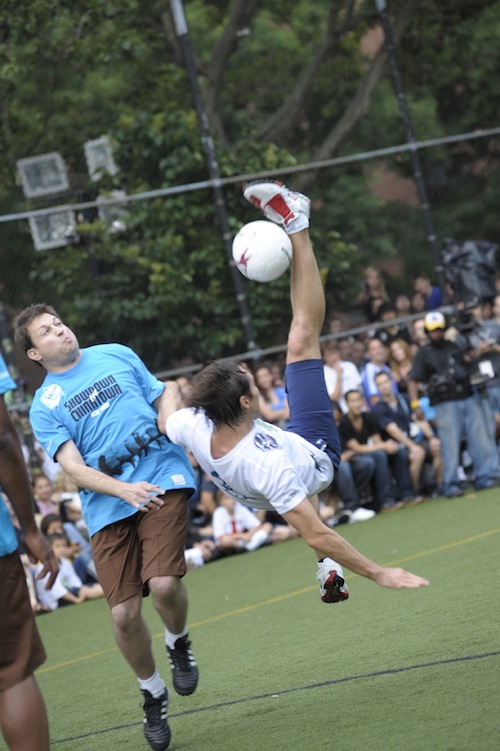 Steve Nash showing off his moves on the field

While he was tight-lipped on which athletes we can expect on the field this year (although in the past Tony Parker, Jason Kidd, Chris Bosh and Grant Hill have all participated), I was wondering if we can expect to see Nash actually playing after ending his basketball season with a few injuries. To that, he said, “I’m fighting everyday to get back to 100 percent. I’m still rehab-ing, but I absolutely plan on playing — with a few weeks left, I should be good to go.” 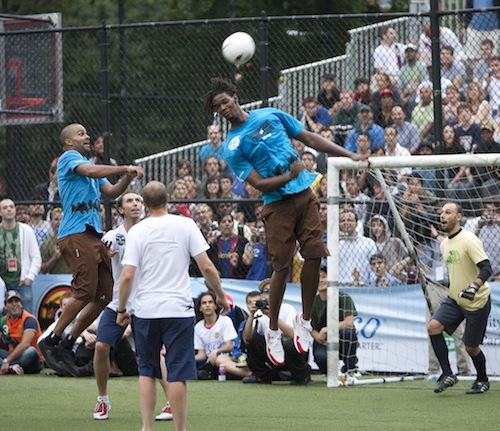 He was game for more questions about the event…and his hair:

How’s your soccer game like compared to your basketball game?
Steve Nash: One of my former teammates who’s playing in Showdown this year says I play soccer exactly the way I play basketball – I love to pass and be a play maker but I’m not afraid to shoot if I have the opportunity.

You have a very European soccer-esque new hair cut going on now — do you think it’ll help your game?
Nash: Maybe my haircut is getting more credit than it deserves, but I’ll take it! Hopefully the rehab will payoff more.

If your Lakers’ teammate Dwight Howard were to play, what position would you put him in?
Nash: I think Dwight would be best in goal, but maybe he can surprise me on the field a little bit.