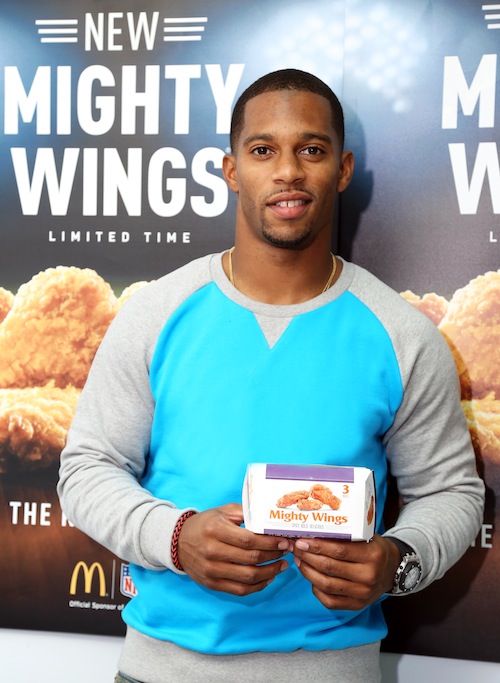 Victor Cruz and his Mighty Wings

Victor Cruz is a pretty cool guy. The New York Giants’ star wide receiver dropped by the McDonald’s in Times Square yesterday to help announce the launch their new Mighty Wings menu item (“Nothing is better than football and wings,” he said at the press event). 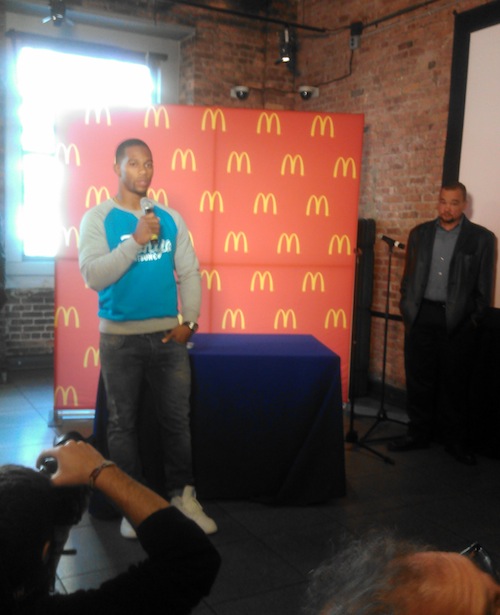 Not only did he take a minute to indulge in the wings himself, he also fielded questions in Spanish, took pictures with a few lucky young fans, and yes, even salsa’d with a reporter (“Keep in mind, I’m still a little sore from Sunday’s game [against the Broncos],” he said, without missing a step). Speaking on the partnership with McD’s, Cruz said it’s a “dream come true.”

“I grew up as a fan of McDonald’s, I’ve been going there all my life,” he said, adding that McD’s was a place he would meet friends and share stories. “I’m excited to be part of this campaign–it was a no-brainer for me.”


Cruz answered some more questions exclusively for BATF. See below!

Beauty and the Feast: Do you have any game day rituals?
Victor Cruz: I don’t have rituals as much as I have a routine. I like to start my day out with eggs or French toast. I’ll train with Eli. I get into my game mode.

BATF: If you were going to share your Mighty Wings with one fellow Giants’ teammate, who would it be?
Cruz: That would have to be Hakeem Nicks. I think he’s the only one on my team who’s worthy of sharing my wings with because I’m usually pretty selfish with them. I’d try to keep them to myself, but yeah, I’d share with Hakeem. 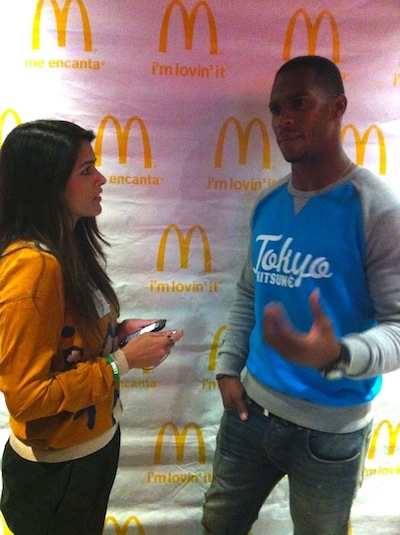 
BATF: Wings are a great staple football-watching food, but what did you eat growing up eating while watching football?
Cruz: I grew up in a Spanish household, so for one, I was cooking. I would be watching the 49ers or whoever was on at the time and cooking rice and beans [and other Spanish dishes]. I mean, my grandmother made it all. Or eating a Happy Meal. I loved the little toys that came with the Happy Meals. 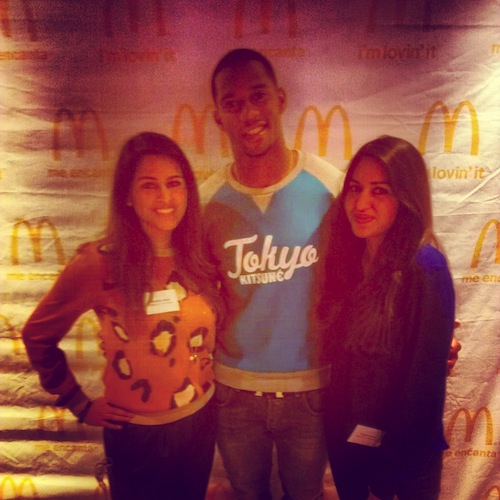 Me and my sister Haji (one of the biggest Giants fan!) with Victor Cruz

Nicely said. Thanks to Victor Cruz and McDonald’s for the interview! 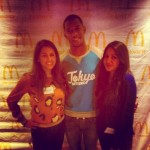 Me and my sister Haji (one of the biggest Giants fan!) with Victor Cruz 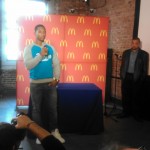 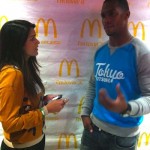 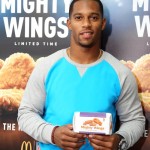 Victor Cruz and his Mighty Wings 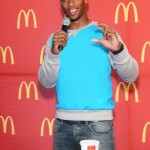 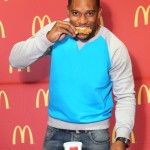 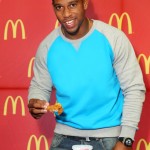