I always say good Mexican food is not NYC’s forte, which  may not necessarily be true for long. I have a short list right now — Tacombi in Nolita is up there; Oficina Latina has good bites and a fun atmosphere; La Esquina (must try their queso). Now there’s a brand new joint on the block: Otto’s Tacos in the East Village which just opened last month. I stopped by a couple days ago to check it out with my friend Feeny, and got the run down of the menu from owner Otto Cedeno himself (he’s real! And you’ll likely catch him there). 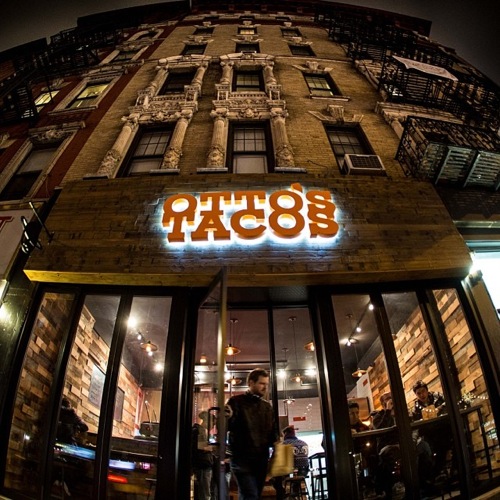 The food, which I’ll get to in a minute, was among many highlights to the story. Maybe not so surprisingly, Otto was influenced by his LA-roots for the west coast style mini tacos (although rooting for the Lakers may be his strongest connection to Cali these days).

The more surprising part is Otto’s background comes in tech (he was the head of Operations and Production at Livestream), not necessarily a culinary one. But, he explained, his passion for the NY neighborhood he’s been residing in on and off since he was a teenager, and of course, really good Mexican food is what drove him back to set up shop on the corner of 9th and 2nd Avenue. “I said it has to either be in the East Village or I’m not doing it at all,” Otto said. Is it for the cool factor? I ask, considering East Village does boast some of the best restaurants. He replied that it was to give back to the area he lived in for so long. It really is as much about the tacos as the neighborhood for him. 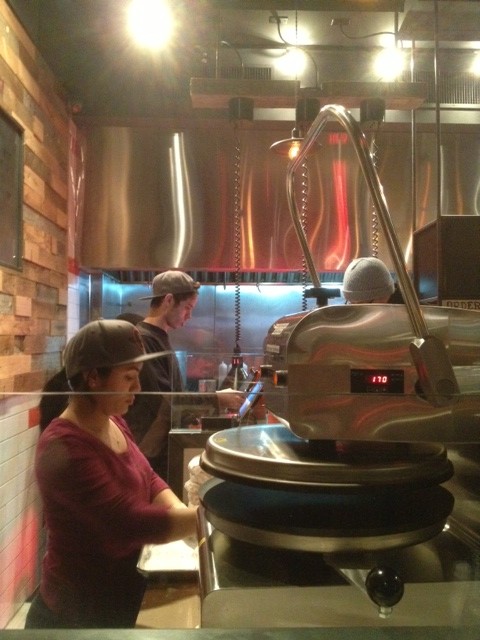 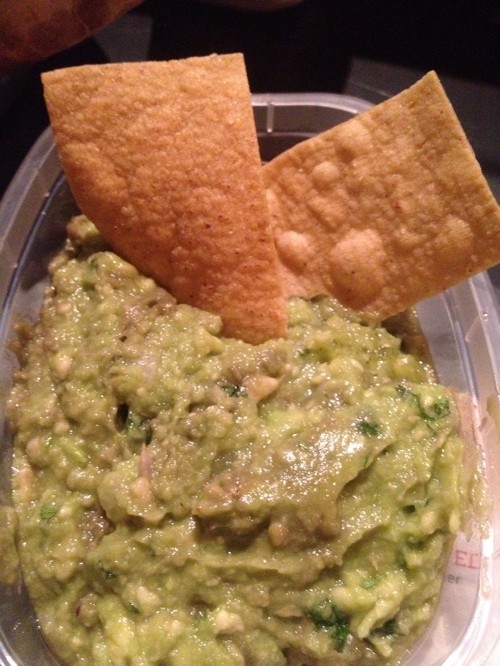 The tacos are served on a homemade corn tortilla that are prepared right in the front of the taqueria. They come filled with your choice of carne asada (beef), chicken, pork, shrimp, or mushroom and chef suggested sauces (which you can customize if you’d like). 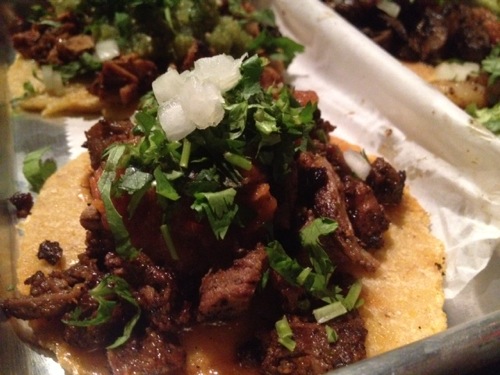 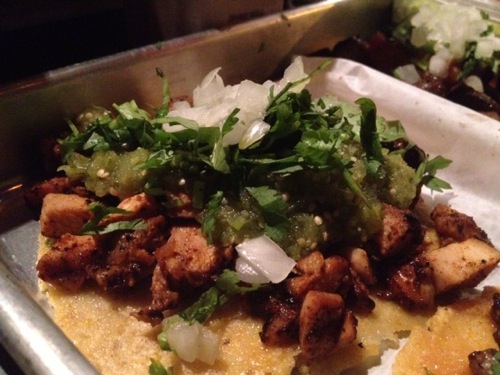 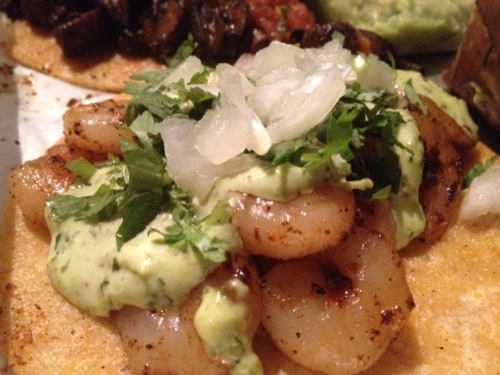 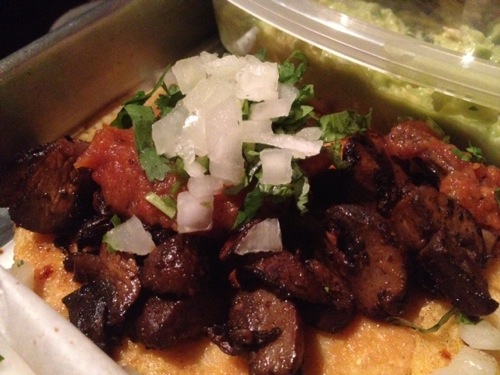 It’s hard to lose with fresh chopped vegetables like onions, tomatoes, and cilantro, and seasonings done so right that you probably wouldn’t even notice that there was no cheese topping them (note: none needed). The thicker-than-flour corn tortillas also gave the tacos more density in every bite. 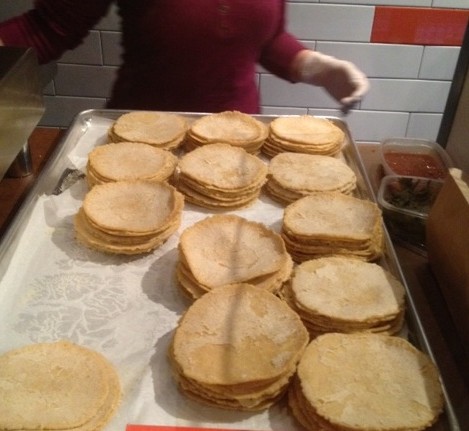 They serve the standard guac and chips but the masa fries is one of their strong points of differentiation from other Mexican places — when was the last time you’ve been to one and saw fries on the menu? These aren’t any normal fries either. 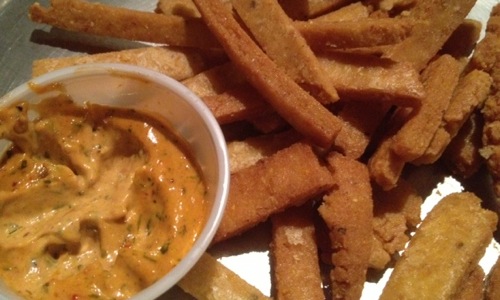 Instead of going the usual potato route, Otto’s makes them with the same masa corn flour. The recipes was a serendipitious mistake — Otto said chef Joe Lonigro was making masa and when they didn’t turn out right, threw them in the fryer. Masa fries were born. These are paired with chipotle mayo sauce which makes everything taste even better — unless you don’t like chipotle mayo (in which case, what’s wrong with you?). 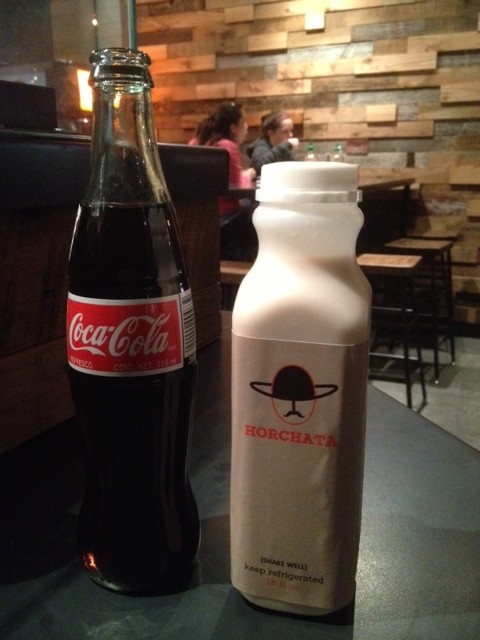 Made in house daily, a fresh and sweet rice milk and cinnamon drink that almost tastes like dessert…

…until you realize you can also have dessert with their churros and dulce de leche dipping sauce. 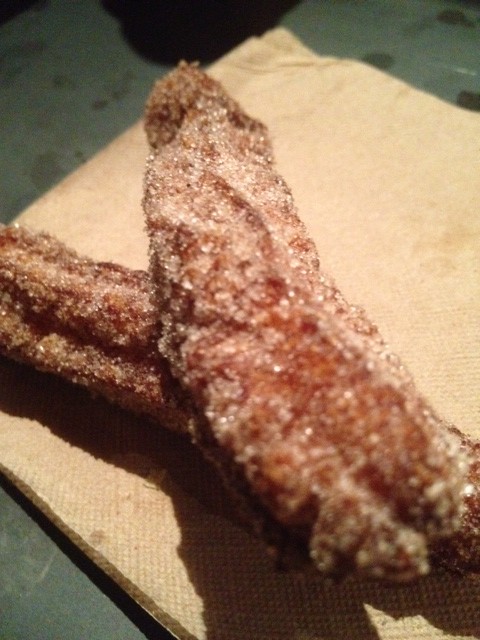 And might I add, nothing on the menu is more than $3.50. You would be doing a disservice to yourself by not stopping by. Otto’s definitely brought sexy good Mexican food back to a city that never tires of bragging all the amazing cuisines here.

Now, if he can only do something about those Lakers… (JUST KIDDING, OTTO!)

REPORT CARD
Meal: Dinner
Occasion: Checking out the new restaurant
Price: $
(Out of three stars)
Ambiance: *** (no frills and casual for a bite-and-go. Just a few communal tables and bar stools)
Food: ***
Service: ***
Would I go back?: Yes! 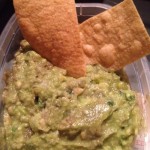 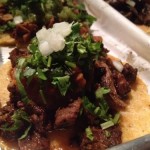 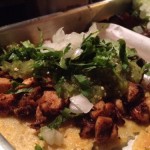 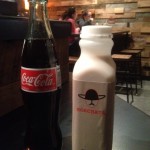 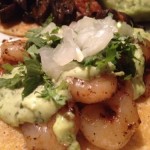 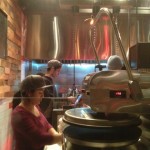 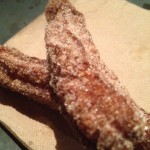 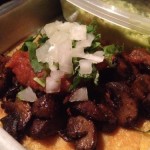 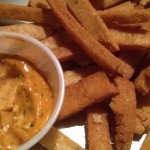 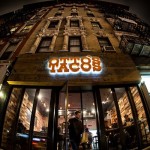 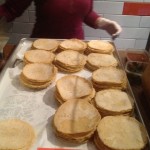