Since my friend Yasir moved to LA, he’s become quite the coffee connoisseur, and one place he couldn’t stop raving about was Handsome Coffee Roasters in the Arts District. I almost started to think if he could inject himself with their brewed coffee everyday, he would. Naturally, we had to check it out which ended into a whole day spent wandering around downtown LA. 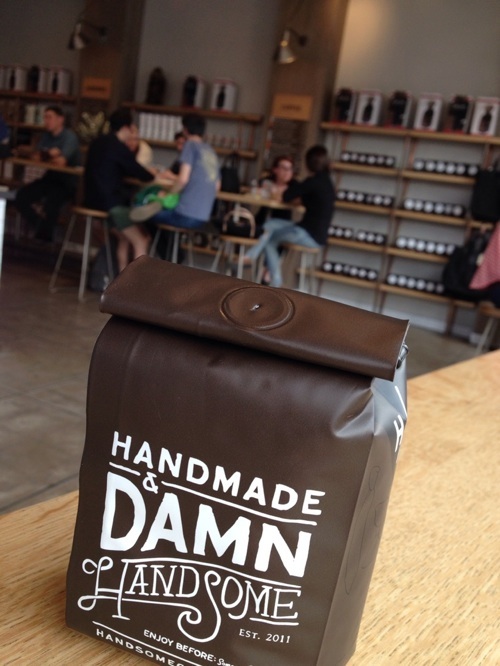 Apparently coffee enthusiasts are in agreement that this is where you go for the best cup of coffee. They find the best beans from all over the world and roast it right behind the baristas on site. The menu is pretty minimal — you either get an espresso, an espresso with milk, or cold brew. No flavors, no decaf, no syrups, and definitely no sugars. For the inexperienced coffee-drinkers, this could be somewhat jarring. I felt a little bit of an outcast — I mean, I drink coffee and the most artisanal I’ve gotten was Stumptown, or Ninth Street Espresso, but Starbucks and all their fwancy white chocolate and gingerbread latte glory was what I frequent the most. 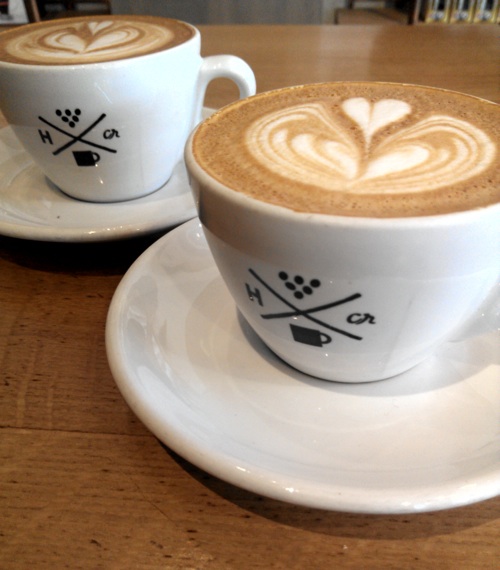 Regardless, I followed directions, to avoid being met with a cocked ‘brow. The barista did help and said the coffee that comes with a 5 oz of milk is probably the most ‘balanced’ in regards to taste of the bunch. 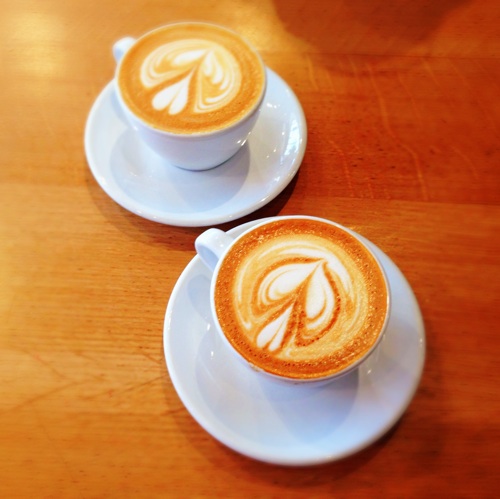 The coffee was delicious — not overly bitter, definitely not sweet, but just right. We settled on one of the communal tables with a new burst of energy and decided it was time to explore some of the graffiti-ridden murals outside. Oh and eat brunch. 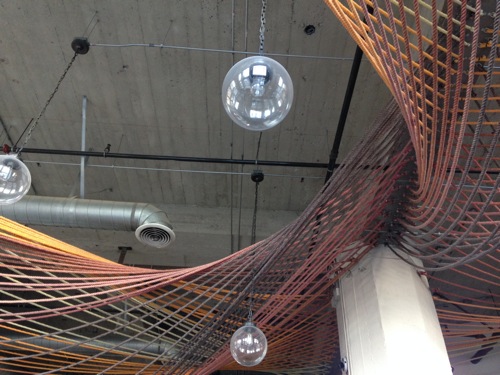 We ended up at Little Bear, when we realized the nearby Urth Caffe wasn’t serving brunch anymore. Little Bear from what I read is known best for their Belgian beer (which basically means zilch to me). They also have Belgian food though! 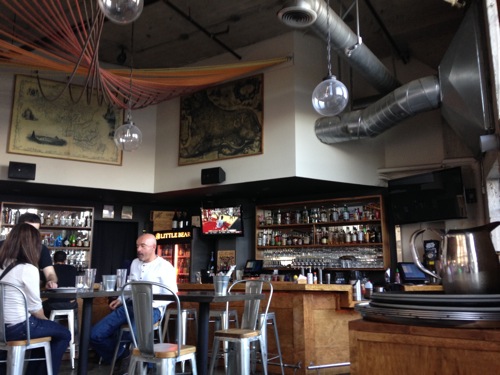 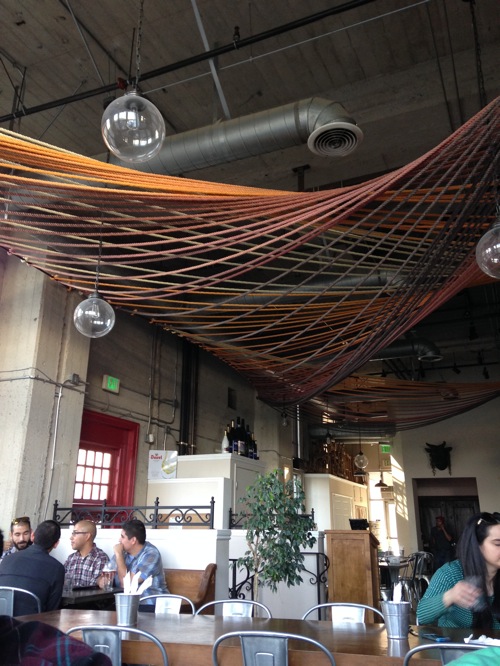 Not sure if the decor was intended to make us feel like we're eating on a ship, but nonetheless.. 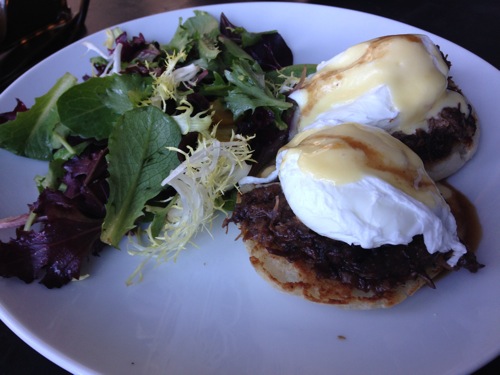 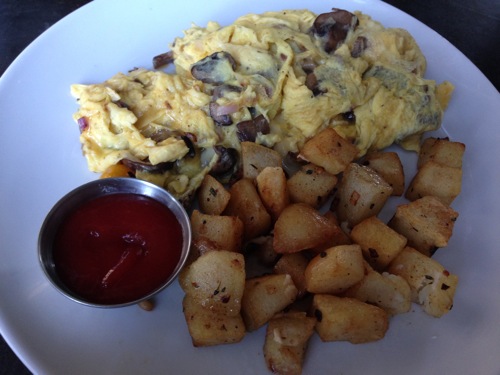 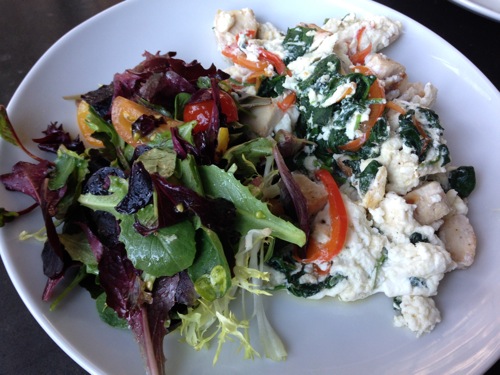 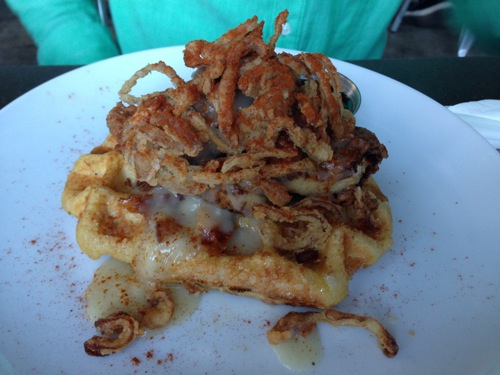 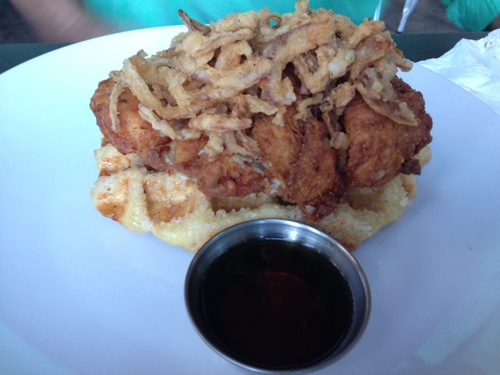 The Cajun without said gravy

Yasir pretty much lost his mind over his short ribs benedict, and the waiter claimed their chicken and waffles is better than Rosco’s (noted, it comes on a candied waffle and fried, boneless chicken). We also learned that even though Danish will ask for no bacon, he’ll always end up getting it with extra bacon (in this case, in the gravy which explains the two pics above). They fixed it right away though. Sarah’s pro scramble dish was delicious and healthy, but I was more underwhelmed with my mushroom scramble and potatoes. I knew I would be though — I rarely order scrambled eggs when I go out to eat since I can make it so easily at home. Seems like all meat dishes were where it was at anyway. #fomo.

You would think by now we’d be full by now but Yasir decided it was time for caffeine shot numero dos (remember the shooting up comment earlier? I meant that). So we walked over to Stumptown. 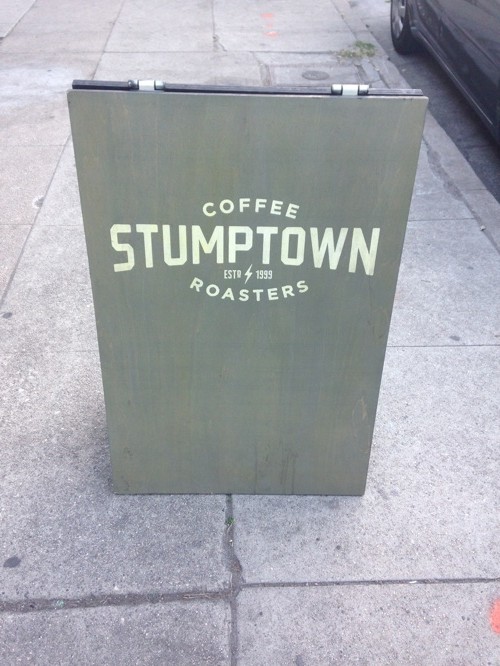 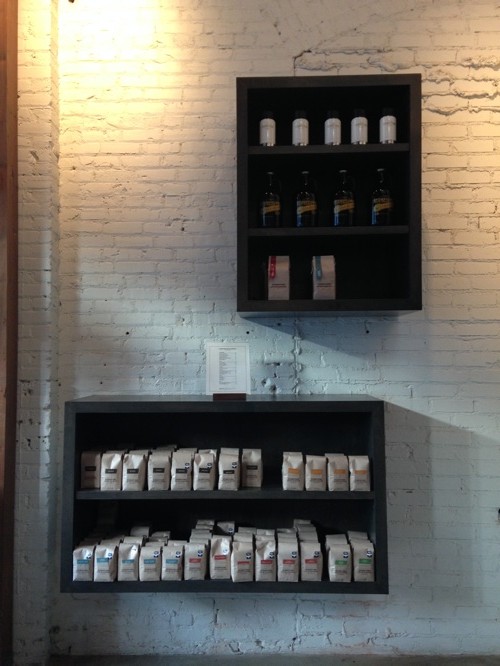 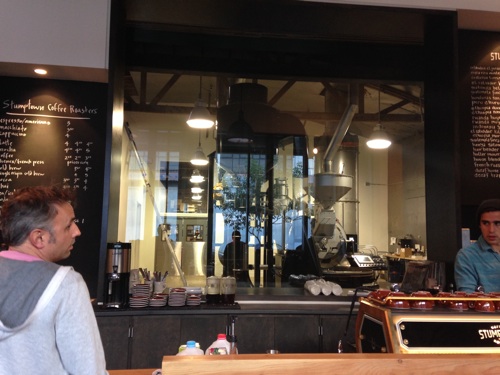 Stumptown is one of my favorite places in NYC, but it’s funny having it after Handsome Coffee. It just didn’t compare IMO. It was a nice pick me up, but there is something a lot more potent at Handsome. Still ended up being an awesome day with a nice intro of what DTLA’s Arts District had to offer.

Have any of you been to any of these places? What did you think? Any other suggestions of what else to check out in the area next time?

REPORT CARD
Meal: Brunch
Occasion: Exploring DTLA
Price: $$
(Out of three stars)
Ambiance: ***
Food: **
Service: **
Would I go back?: Probably not for a veggie meal 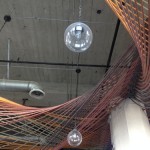 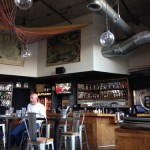 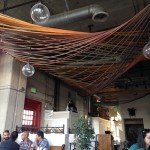 Not sure if the decor was intended to make us feel like we’re eating on a ship, but nonetheless.. 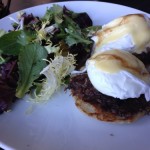 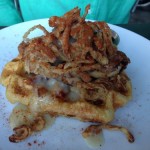 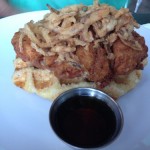 The Cajun without said gravy 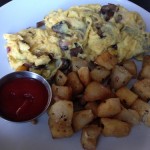 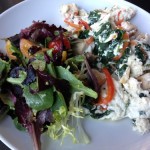 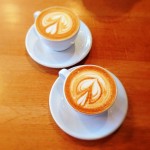 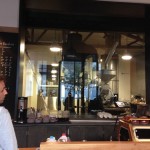 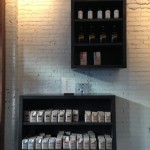 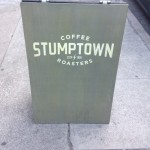 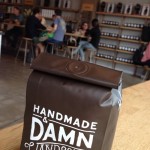 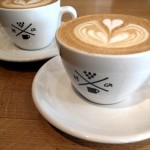